Letter from the Editor: October is Domestic Violence Awareness Month

For many years, I have supported efforts to end domestic violence. Whether it’s volunteering at a local women’s shelter, donating money to organizations, or using my online platforms to spread the message, I’m always eager to lend my voice to the cause.

Recently, I met a young man whose story inspired me to work even harder to end domestic violence. He was tall and lanky with a mop of red hair. He wore all black and carried a notebook and Sharpie. I watched him walk across the room with a confused look on his face.

“Is this where I’m supposed to sit?” he asked with a nervous smile when he finally reached my table where my group of teenage boys met for our weekly mentoring meeting.

He grabbed a chair and pulled it outside of our circle. There were about ten other boys in the group, but he didn’t seem to want to interact with them. He sat down, opened his notebook, and started drawing.

I was tempted to tell him to put the notebook away, but I decided to let him get comfortable. After listening to us talk for a few minutes, the young man summoned incredible courage to tell us a few stories about his life.

“I’ve been through a lot,” he said still looking down at his notebook. “When my parents were together, my dad used to beat my mother regularly. I’d lie in my room crying as I listened to my mother’s screams. After my dad was done, he’d call me into the living to talk. I never paid attention to what he was saying because I was terrified that he’d attack me. I’m still afraid of him.”

The other boys were flabbergasted. His boldness prompted me to share my own experiences with domestic violence with the group. After hearing my story, the young man put his notebook aside and pulled his chair closer to the table.

“I want you guys to know that guys can also be victims of violence,” he said. “My girlfriend used to punch and kick me when she was angry. She was so filled with rage and anger. I don’t know why I stayed with her. As the months went by, her abuse got worse. I finally decided to break up with her after she tried to kill me.”

“During one of her fits of rage, she started to choke me,” he said. “As her hands squeezed my neck, I thought I was going to die. All I could do was laugh.”

“Why are you laughing?” She screamed.

“Because I’ve decided that you can’t hurt me anymore,” he said. “After I said those words, she released her grip and started cussing me out. I walked away and decided never to let anyone treat me like that again.”

“Thank you for sharing that story,” I said.

“No problem,” he said. “Guys never believe anything like this could happen to them. I want to show them that it can. I hope my experience can prevent other guys from having to deal with a similar situation.”

Although women make up the majority of victims, this young man’s story proves that men also suffer abuse. Unfortunately, many men are reluctant to report the abuse because they are ashamed.

October is Domestic Violence Awareness Month. I encourage all men to join me in speaking out against domestic violence in all forms. We need your voices to help end the abuse. 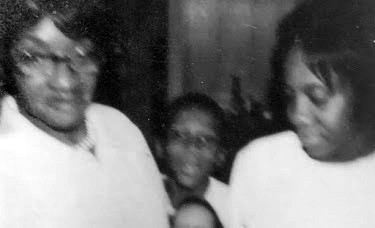