Singer Howard Hewett Opens Up About His Personal Life and Career

Howard Hewett has been performing since he was a youngster. In late 1978, he joined the highly successful R&B group Shalamar as the lead singer along with Jeffery Daniels and Jody Watley.

The group spent more than five years together recording popular hits and traveling the world. When the group broke up in the mid-1980s, Hewett launched his solo career.

Now working on a new album, he continues to travel the world singing Shalamar’s hits and his own songs.

MMS reporter Lloyd Gite recently sat down with Howard Hewett for a chat about his music career, family, Jody Watley, and being accused of selling drugs.

MMS: Who is Howard Hewett?

Hewett: There are so many different facets to me. I would like to think I am a fair person. I would like to think I’m a good father even though my four kids are grown. My oldest daughter is 38. Her sister is 37. My son is 28 and my baby is 22. I’ve had three marriages and I’m now engaged. Family is very important to me. Music is also what I’m about.

MMS: Let’s go back. As a child did you have this gift?

Hewett: Lloyd, this is all I’ve ever done. I’ve had one 9-5 in my life. I was 19-20 years old when I first got to Los Angeles. When I touched down at LAX, I had $34 in my pocket. I had no responsibilities and no kids. But I had to make some money. So I found this little job at this department store on Wilshire. I worked in the women’s shoe department. I had so much fun, it was crazy, man.

During that time I was also rehearsing with this show group that I had put together a couple of months after I got to Los Angeles. We did Top 40 stuff. Everything from “Disco Inferno” to “Mandy.” We hung out at Maverick’s Flat and performed.

That’s where I met Jeffery and Jody. It was a small club in the Crenshaw district. All the Soul Train people used to come down there. You could look down at the audience and see people like Lionel Richie, Chaka Khan, and Richard Pryor in the crowd.

The group I helped put together was called, Beverly Hills. This cat named Robert LeBlanc and three females sang with us. Once we got the group together, we toured overseas. We went to Helsinki, Finland, Switzerland, Spain, France. All over the place. I was making $250 to $350 a week. 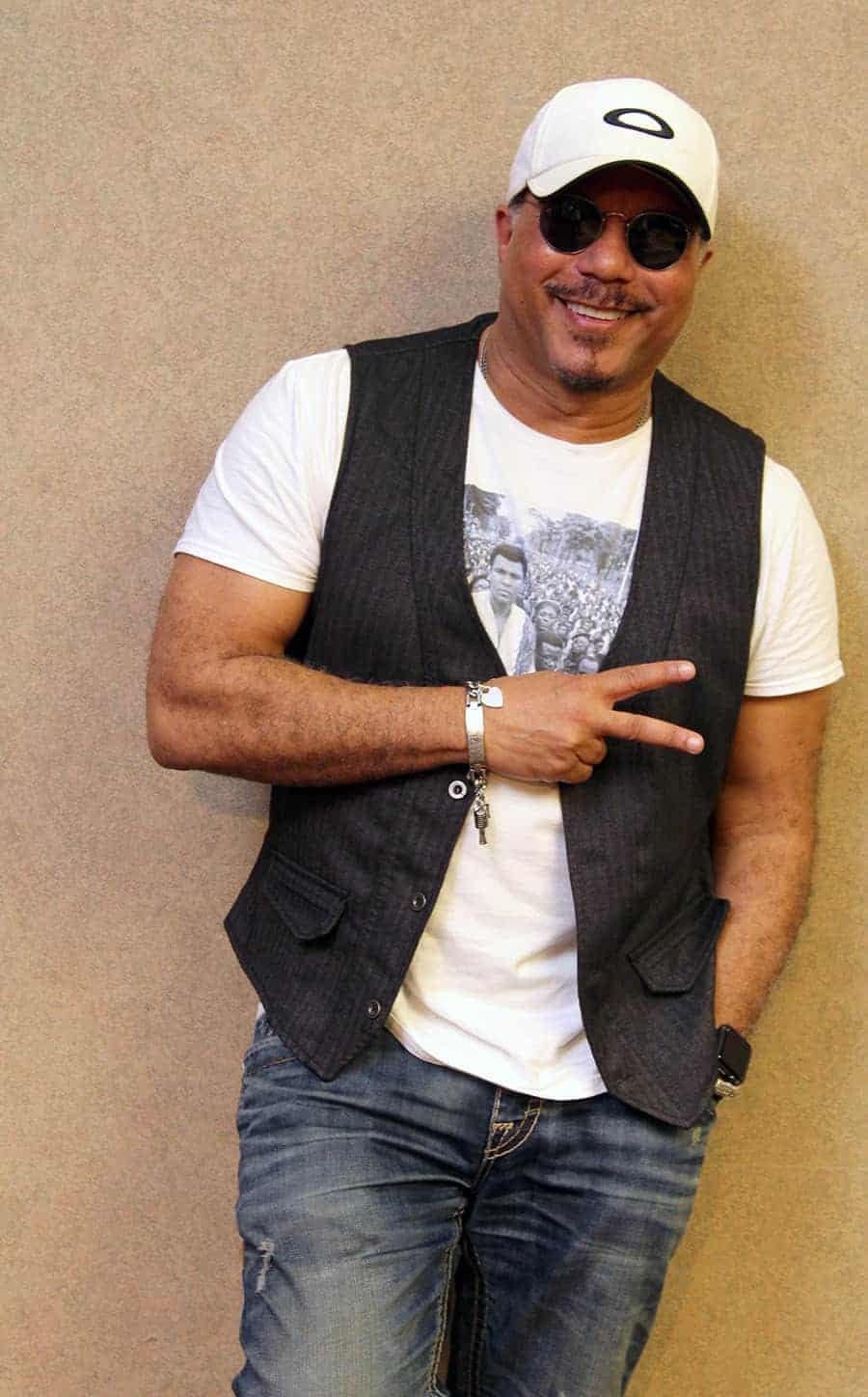 MMS: Were you happy during this period?

Hewett: Yeah, man. I was happy. I tell my kids now. I remember when I had no responsibilities whatsoever. I was all over the world. It was an amazing time. The group broke up in London. I kicked around L.A. for 4-5 months. After that, I got the offer to join Shalamar.

MMS: Let’s talk about Shalamar. How was that for you?

Hewett: Shalamar was an amazing time, man. I got the offer to join Shalamar on a Friday. I was sitting in the office of this guy, Jeffery Bowen, who used to be a producer for Motown. I was doing a project with him for a couple of months. It was a project they were doing on Freddy Hazel who used to play guitar for Parliament-Funkadelic. He was doing a solo album and Jeffery was producing it. The money started getting funny.

I’m up there talking to Jeffery and the phone rings. It’s Jeffery Daniels of Shalamar. At that time they had “Take That to the Bank” out. They were in the middle of a promotional tour and apparently the guy that sang that song, Gerald Brown, split.

Next thing I know I’m in front of Dick Griffy and he’s asking me to sing something. I broke into, “Feel the Fire” by Peabo Bryson. Dick excused himself and said, “I’ll be right back.” He comes back and gives me $500 in cash and he said this is your signing bonus.

He said, “Here’s an airline ticket. You’ve got to catch a redeye out tonight and meet the group in New Jersey. Monday you’ve got a television show to do.”

MMS: How long were you in Shalamar?

MMS: It was a bumpy road wasn’t it?

Hewett: Not really. We had so much success and we were so young. At that time I was 23. Jeffery was a year older and Jody was about three years younger. We were kids. I don’t think we really understood what we had accomplished.

We needed that adult figure to come in and say, look y’all need to sit down and understand this. We never had that. We had a lot of fun, but towards the end, it was crazy because that’s when we were breaking up. 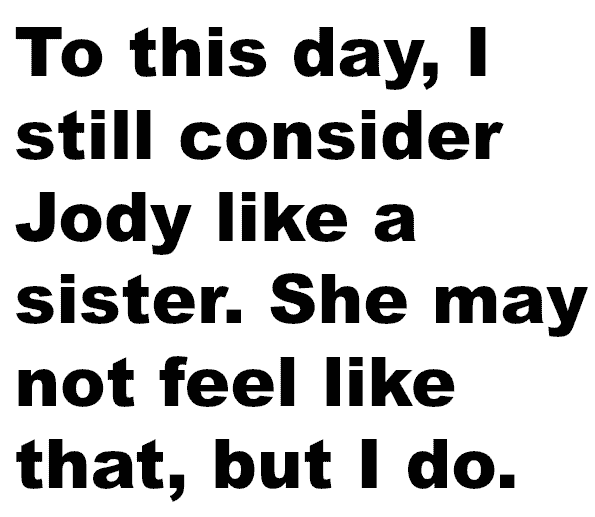 MMS: You and Jody Watley had some issues?

Howard: The only issue I have is that she’s never told me what her issue is with me. I never understood it. Babyface and L.L. Cool J wanted to do a remake of “For the Lover in You” and at that time Face wanted to do a Shalamar reunion tour album. I said I’m down. I’m good. But Jody was against the reunion album because she was still pissed at me.

I asked Benny Medina, who at the time was with Face, what is the deal with Jody? He told me she was upset about an argument we got into before we broke up.

She says we were yelling and screaming at each other and she says I told her she would never be shit without Shalamar. I remember that argument. She was calling me names and I was calling her names. I could have said that. It’s possible.

Today I am still close to Jeffery and to this day I still consider Jody like a sister. She may not feel like that, but I do.

MMS: What is it about you that keeps you going and performing? So many musical stars have come and gone, but not you. 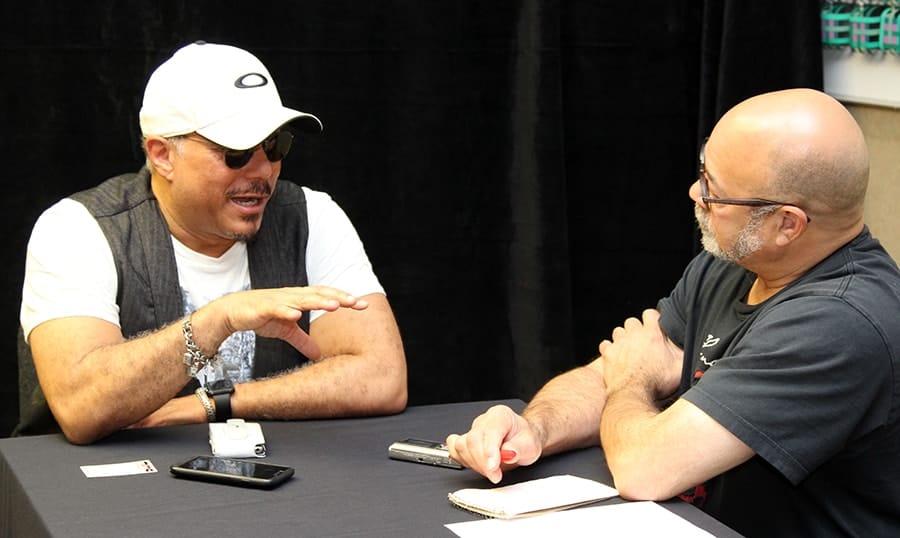 MMS: There’s a dark side to this business. You were actually accused of selling drugs and that wasn’t the case. Let’s talk about the dark side in terms of what you experienced.

Hewett: That whole period I call my Miami experience and I call it a misunderstanding between me and the U.S. government. I loved Miami at that time. The girl I was dating at the time was beautiful. Mori Molina was her name. She was born and raised in Miami. She went to school and graduated from college there.

I loved the tropical Latin feel of Miami. Miami Vice was on television at the time. I smoked weed but I knew nothing of her selling drugs. She stayed with me in California most of the time. But the majority of the time I was on the road. Eight to ten months out of the year.

MMS: She testified you had nothing to do with her involvement with selling drugs?

MMS: Are you happy now?

Mocha Man Style: What are you working on these days?

Howard Hewett: I do my personal appearances. I love doing that. I have my band. I do live gigs with my band. I’m working on my next studio project. I’ve done a couple of songs with Leon Silvers from back in the day. We actually did a Shalamar song with Jeffery Daniels and Carley Griffin.

About two or three months out of the year, Jeffery and I will go overseas and we do tours of the U.K., throughout Europe, Asia, and Africa. I’m working on a new album. There are only a couple more tunes to do and I’ll be ready to go with it.

MMS: Let’s talk about the future. Where would you like to be in say two to five years?

Hewett: My heroes are the Tony Bennetts of the world. He’s over 90 and his voice is still clear as hell. He’s still out there reinventing himself. Smokey Robinson is in his late 70’s and he’s still out there singing like an angel.

I just want to keep doing what I do. Keep making good music. Keep praising the Lord. I might be on a walker, but as long as people want to hear the music and enjoy the music, that’s what I’m going to do.