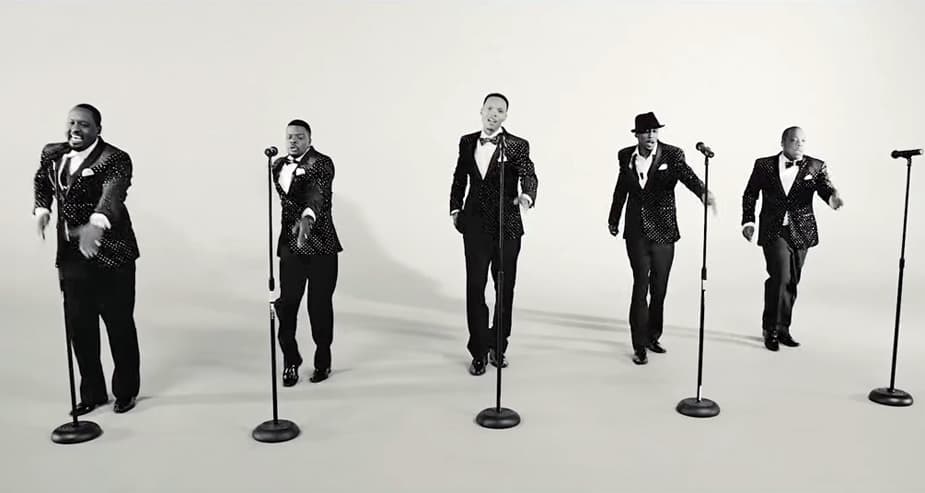 New Edition ruled the 80s with their blend of bubble gum R&B.

Taking cues from their idols, the Jackson Five, New Edition filled the airwaves with catchy tunes such as “Candy Girl,” “Mr. Telephone Man,” and “Cool It Now.”

As the nineties rolled around, the group experienced personnel changes. Bobby Brown was out. Johnny Gill was in.

Johnny Gill, who was already an established R&B star, gave the group a gravitas that it needed to appeal to an older audience. With Johnny Gill on board, the group released their album, Heart Break, in 1990. It went on to become an instant classic spawning the hits, “If It Isn’t Love,” “Can You Stand the Rain,” and “You’re Not My Kind of Girl.”

New Edition released their last studio album, One Love, in 2004, but members of the group have continued to record and tour.

Johnny Gill’s latest single, “This One’s for Me and You” is his third straight Top 10 hit on the Adult R&B chart, and one of his most successful solo singles.

Johnny Gill decided to include his bandmates on the song after playing it for them when they were rehearsing for a tour.

“All of a sudden the room gets quiet,” Gill said. “First thing Michael [Bivins] and Ronnie [DeVoe] say is, ‘Come on, man. You know we need to be on this joint. This is a New Edition song!'”

Watch Ronnie, Bobby, Ricky, Mike, Ralph, and Johnny recreate the New Edition magic in this video for “This One’s For Me And You.”