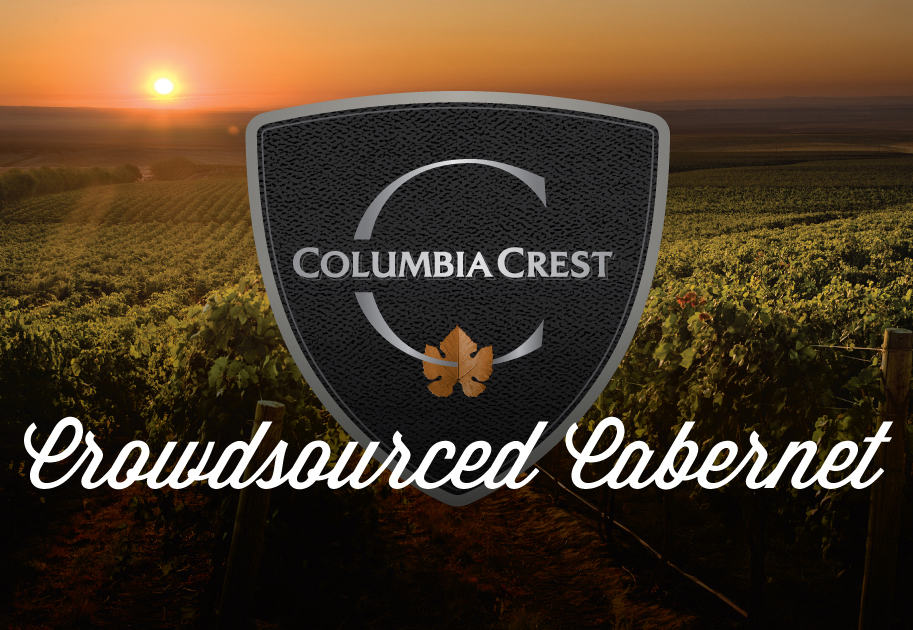 Disclosure: I am a Columbia Crest Crowdsourced Cabernet ambassador. All opinions are my own.

For years, the art of winemaking has been shrouded in mystery. People have been amazed by skilled masters who took grapes from the vine and transformed them into a magnificent libation. To make winemaking more accessible to the masses, one winery decided to pull back the veil and allow wine lovers to participate in the process.

In 2014, Columbia Crest became the first winery to crowdsource a wine from vineyard to table through a unique online experience. The interactive site empowered wine lovers to make decisions throughout every step of the winemaking process. In a near-perfect harvest, the crowd chose to pick the grapes at night, create a wine with a lot of complexity yet soft tannins, and age it 16 months in 30% new oak barrels. Columbia Crest’s head winemaker, Juan Munoz-Oca, and his team were very much involved in the decision-making process and educated consumers on the nuances of the process.

The result? A beautifully integrated and layered Cabernet Sauvignon from the Horse Heaven Hills, Columbia Crest’s home in Washington State.

Last year, I visited Columbia Crest as they were making final preparations to release to wine. Even though I participated in the online winemaking process, I discovered so much more by spending the day with Munoz-Oca. Not only did I get to see the actual barrels of the 2014 vintage, but I also learned how Munoz-Oca and his team mixed the final blend.

In June, the 2014 Crowdsourced Cabernet Sauvignon vintage will be released to the public. Approximately 1,000 cases of the wine will be available for purchase in the U.S., online, and in the Columbia Crest tasting room in Paterson, Washington.

You can be among the first to try the 2014 Crowdsourced Cabernet by ordering your bottles during the exclusive presale (February 22-29, 2016). You can order 1, 3 or 6 bottles, with pricing as follows:

Quantities will be limited. Order by Monday, February 29th, to guarantee your 2014 Crowdsourced Cabernet bottle(s).