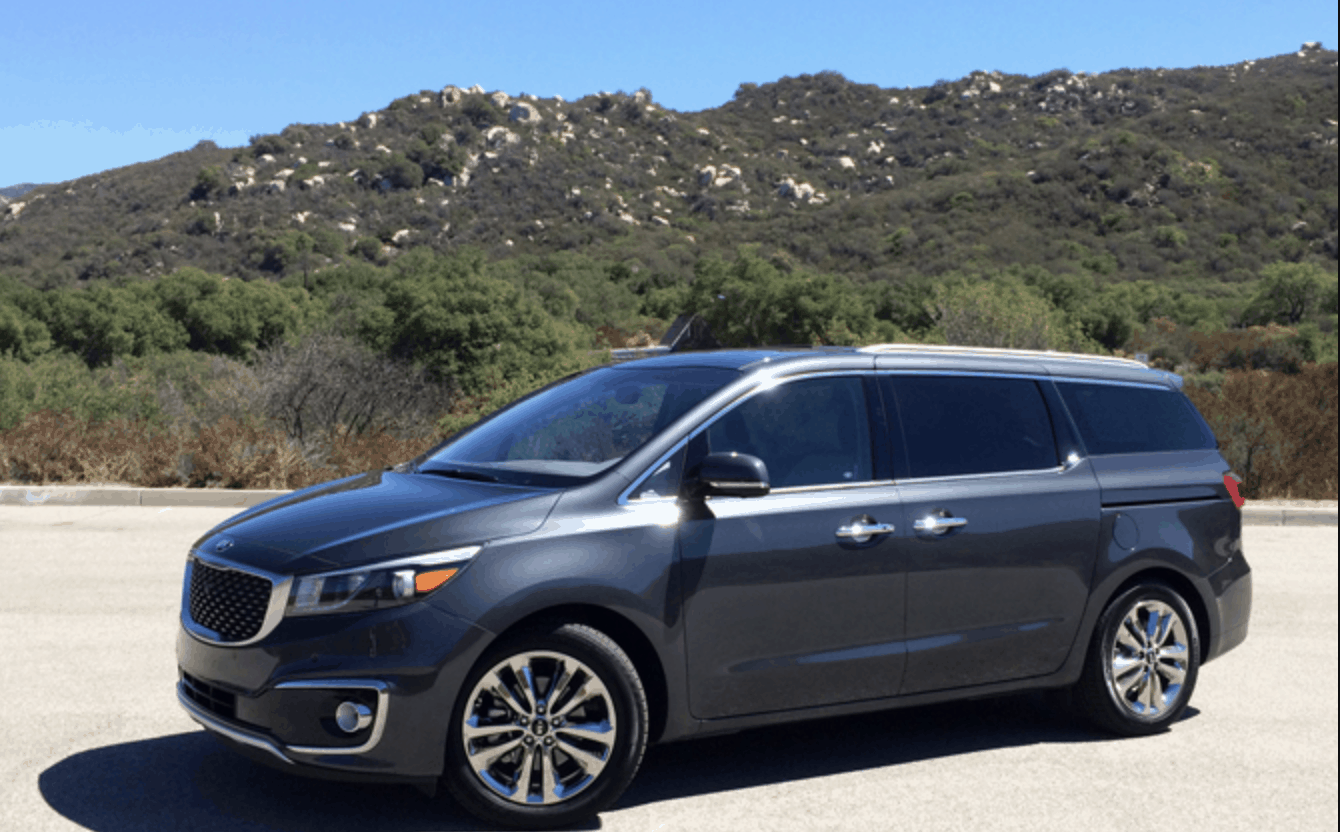 Hello. My name is Frederick and I’m a minivan driver.

For many years, I lived in denial. Although a minivan was parked in my driveway, I refused to embrace it. My three kids suffered as I continued to pack them into my sedan. They actually had to touch one another. The horror.

My wife was patient and loving throughout the ordeal. She drove the minivan while I sat in the passenger seat longing for the day when I could buy a midlife crisis convertible. Red. Two-seater. Fast.

For a while, I dabbled in SUVs. They offered street cred and space. Lots of it. But they ultimately left me unfulfilled especially when I looked at the gasoline charges on my credit card statement.

I finally had to face the truth after experiencing a milestone that all dads must face at least once in their lives – the family road trip.

We drove from Houston to Key West, FL. Twenty-one hours and 1,370 miles trapped in a vehicle. Upon reflection, I am grateful that the vehicle was a minivan. The kids each had their own seat (no touching). All of our luggage fit easily into the cargo section. And my wife and I enjoyed a pleasant conversation while the kids watched movies in the back. That is until the DVD player broke two hours into our journey. However, we still managed to have a great time. We talked, played spot the license plate and I-Spy, and enjoyed being together without the interruptions of technology.

That trip made me embrace my inner minivanness. Now, I roll into the carpool line with a little more swagger and give a nod to the other dads who are all about that minivan life.

With this mindset, I headed to Orange County, CA to test drive the new 2015 Kia Sedona.

I was first impressed by the Sedona’s looks. The 2015 Kia Sedona’s wide stance exudes a modern appearance highlighted by a front fascia, cab-forward design, and lower roofline that projects confidence and strength. In other words, it’s a manly minivan.

The interior has all of the bells and whistles that consumers have come to expect from modern vehicles – power leather seats, a navigation system, a back-up camera, advanced safety features. In addition to satellite radio and popular apps, the Sedona’s UVO Infotainment system offers four new eServices that parents of teenagers will love: Geo-fencing, Speed Alert, Curfew Alert, and Driving Score. The Sedona also offers seven- and eight-passenger seating and reclining seats with footrests in the second row. My kids would love to have those seats on our next road trip. Come think of it, so would I (maybe my wife could drive while I reclined in the back seat).

Under the hood, a new 3.3-liter V6 engine replaces the 3.5-liter V6 found in the previous generation Sedona. The 3.3-liter engine delivers more power than its predecessor, boasting 276 horsepower at 6,000 rpm. While it can’t compare to the 717 HP Hennessey Mustang, the Sedona’s power is more than sufficient for a late-night grocery store run or an emergency trip to Home Depot.

During the test drive, my partner and I traveled down highways, through mountains, and did a few laps in strip mall parking lots. The Sedona handled them all with aplomb.

But here’s the rub. Kia is not marketing the Sedona as a minivan. Instead, they’ve chosen to call it a Multipurpose Vehicle (MPV).

Okay, I get it. Kia wants the new Sedona to seem like a cool, hip vehicle that Millennials will be into (kind of like a modern-day Volkswagen Bus). However, I don’t believe that this marketing ploy will deliver the desired results.

The Kia Sedona is a minivan. Deal with it. Embrace the minivanness.

What’s most disappointing about this marketing campaign is that Kia has created a fantastic vehicle that will be appealing to families – it’s core market – but they aren’t aggressively marketing to this segment. If there is one thing that I’ve learned about minivan owners is that they love their minivans. I’m living proof of that.

The 2015 Kia Sedona remains a great choice for people who want a MINIVAN. In fact, I would say that it’s leading the pack in terms of style, features, and value. It has even moved into the running to be my midlife crisis vehicle (it does have dual moon roofs).