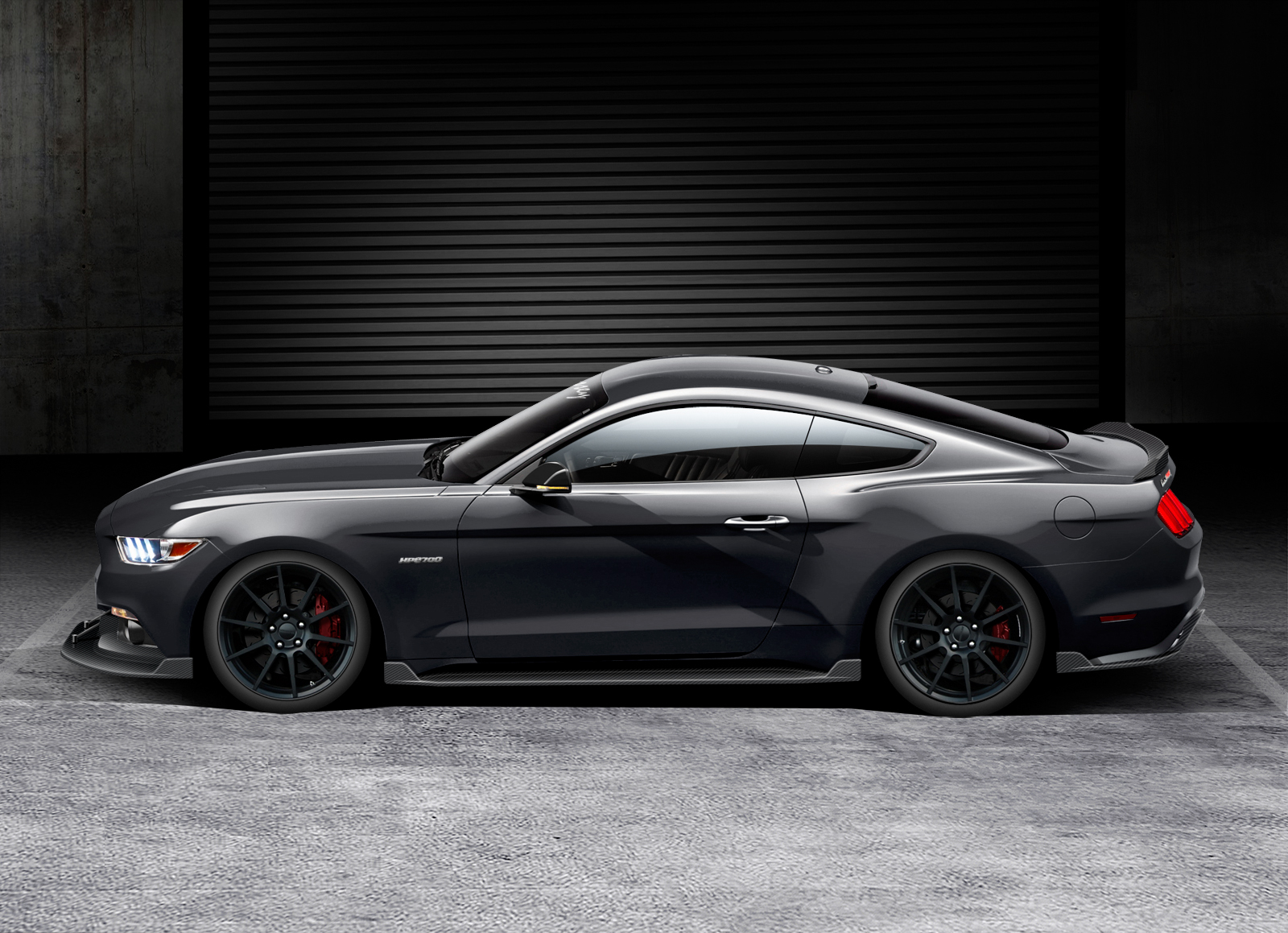 Hennessey Transforms the 2015 Mustang GT into a 717 HP Beast

I’ve had a love affair with Mustangs ever since I was a child. My dad owned a 1968 model that was white with red racing stripes. He modified the engine to boost the car’s power and performance to better compete in the weekend races he participated in. As far as I can recall, my father never lost a race in his souped up Mustang. Imagine how many more races he would have won if his engine packed 717 HP.

That’s exactly what you get in the new 2015 Hennessey Mustang GT.

But the impressive horsepower isn’t the only story here. This supercharged pony offers 632 pound-feet of torque at 4,000 rpm and can reach 0-60 in 3.6 seconds (that’s less time than it took me to write this sentence).

“We’re very excited about the 2015 Ford Mustang and so are our performance-minded clients,” said John Hennessey. “Our HPE700 Supercharged upgrade will elevate this Motown Missile’s performance to rival some of the fastest European sports cars. We can’t wait to share our specially tuned Mustang with the world!” Pricing starts at $59,500 USD including the base 2015 5.0L Mustang GT. But you can get greater personalization and performance by adding options such as CarbonAero carbon-fiber bodywork, 20-in. Hennessey H10 wheels shod with Michelin Pilot Super Sport 2 tires, and a Brembo brake package with 15.1-in. front rotors.

Hennessey will only produce 500 units for the 2015 Mustang model year. You can order yours through any of AutoNation’s 37 Ford dealerships across America.