Cookie Johnson, the wife of NBA legend Ervin “Magic” Johnson, just published a new book called, Believing In Magic, in which she shares details of her marriage to the NBA Superstar and how an HIV diagnosis twenty-five years ago changed the course of their lives forever.

In addition to being a best-selling author, Cookie Johnson is also a mother of two adult children and a businesswoman whose net worth is $50 million.

Cookie Johnson was in Houston recently speaking to a group of women from the megachurch Fountain of Praise. She sat down for a candid conversation with Mocha Man Style contributor Lloyd Gite.

Mocha Man Style: Why did you write this book and why at this time?

Cookie Johnson: We just celebrated 25 years of marriage and it’s been 25 years since the announcement that my husband had HIV. When I look back on those 25 years I go WOW!

We came a long way and we’ve been through a lot. God has just guided us, headed us, carried us, and propelled us in those 25 years.

I felt it was time for me to tell this story. It’s time for people to look at us now versus looking at us in 1991 when everybody thought he was going to die.

Here he is 25 years later and he’s healthy, strong, and doing the most amazing things. We have a beautiful family. We’re both doing good things. It’s a story that needs to be told. 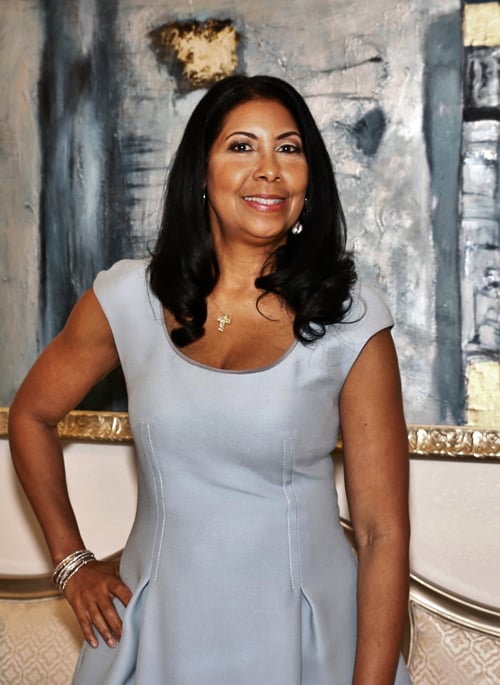 MMS: Tell me about the first time you and Magic met.

Johnson: We met in college as freshmen. I went to a club. One of the only clubs on the campus.

He was standing there by the doorway when I walked in with a friend of mine. She was a gymnast so she knew the basketball players. She walked up and said hello and we went inside.

The party goes on and he never talked to me the whole night. He never asked me to dance. Nothing. At the end of the evening, I was leaving. The lights came up and I happen to be walking by where he was sitting and I said it was nice to meet you.

He said, “Yeah, by the way, give me your number.” I’m like what? Cause he never said anything to me the entire night. It was really funny.

The next day we were leaving for Christmas break and we wouldn’t see each other for almost a month.

I told him I’m not giving you my number because you’re not even going to remember me in a month.

I gave him the number and literally the day I set foot back on campus he called me. I’m like how did he even know I was here? It was interesting. That was the beginning.

MMS: Was it love at first sight or first date?

Johnson: I think it was after that first date. He took me on a real date. Like a date, date. I thought he was going to take me to Arby’s.

He said no and you have to wear a dress. I’m like really? He came by and picked me up. It’s so funny because all the girls on my floor were peeping out the windows. They were like where is he? What is he doing? What is he wearing? It was so funny. They were watching us as we went out the door.

We actually went to a real steak house. We had a great time. We had a wonderful conversation.

You know sometimes when you meet people and you have to make conversation until you really get to know them? It was like we were old friends.

That was the beginning of when I fell in love with him. He was so natural, so normal.

Because he was the big man on campus at the time, he was kind of intimidating. But when I got to know him, he was a good guy with a good heart.

MMS: Tell me about the book title, Believing In Magic. I love the title because it can mean a couple of things.

Johnson: I wrote the book first, and at the end, that’s when I decided on what the title would be.

When I started talking about all the things that were in the book and the things we went through, as it turns out from day one when we got married and then his HIV diagnosis and I chose to stay instead of leaving, from then on our story has all been about me staying with him, believing in him and that he can do something almost impossible. 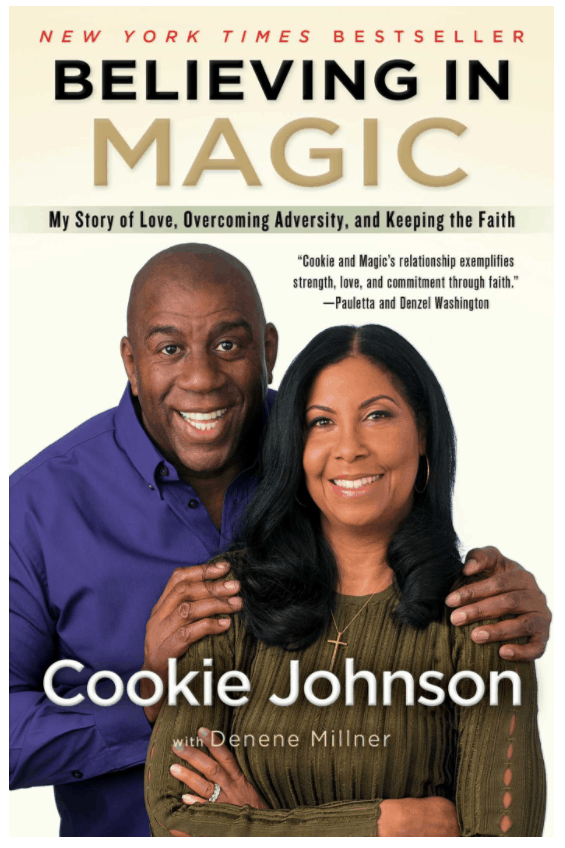 MMS: Your world almost came to a standstill when Magic announced he was HIV positive. What went through your head?

Johnson: It was devastating. It was like the worst news you could imagine. Back then when somebody said HIV it was a death sentence. I thought he was going to die. Nobody tried to give you any kind of hope about it.

My emotions went from me worried about him, and then to ‘Oh my God’ I have a baby in my tummy and me worrying about the baby, and then to what about me?

It was a lot of emotions, but the only thing that held it all together for me was God. Falling on my knees that day and praying and asking God to keep us, protect us, and heal us.

MMS: Did you always have the amount of faith you have now?

Johnson: No. At that point, I believed in God. I read the Bible. I went to church, but that was about it.

Every Tuesday night I had Bible study with a group of women. I learned so much. I learned to develop that relationship one-on-one with God. That was the most important thing.

MMS: You are a real testament to strength. How do you do it? We talked about your faith but there has to be something else.

Johnson: For me, I have a drive and independence about me. When I start something I have to finish it. But also I had to learn to believe in myself and like myself. And trust that once I believe in something and set out to do something, then I have to do it.

I think all of that along with God and His word was the only way that I was able to have the power to do some of the things I did.

MMS: But there have been difficulties in the marriage. You actually separated from Magic?

Johnson: Oh yeah. There have been difficulties. We started growing apart. It was at that stage where the wife starts to spend more time with the kids because there’s so much going on with them. Both kids ended up with ADD. I was really, really enthralled with helping them and trying to figure out their problems.

His businesses were starting to grow. He was going this way and I was going that way. We had to figure it out. We thought that was it. We were just going to grow apart and then we separated for two weeks. Then we both realized this is not what we want. Then we had to figure out what to do to bring us back together. It can’t go forward the same way. We had to have long talks about that.

MMS: Let’s talk about E.J. You knew early on that E.J. was not going to go out and join the football team. He preferred playing with dolls. How did you wrap your head around that?

Johnson: It was hard at first. I cried. Oh, this is my son and he’s not going to be a son. I believed in that traditional stuff. When our children are born, we all have these ideas of what we want them to be.

But what you learn is they have got to be what they want to be. They should be who they are, not what we want them to be. But I had to learn that and most parents need to learn that. I’m not just talking about being gay. I’m talking about like if you want your son to be a lawyer instead of a basketball player. Or whatever it is.

We have to learn it’s not our decision. As a parent, we should figure out who they are and then nurture it and help them become the best person that they can be. 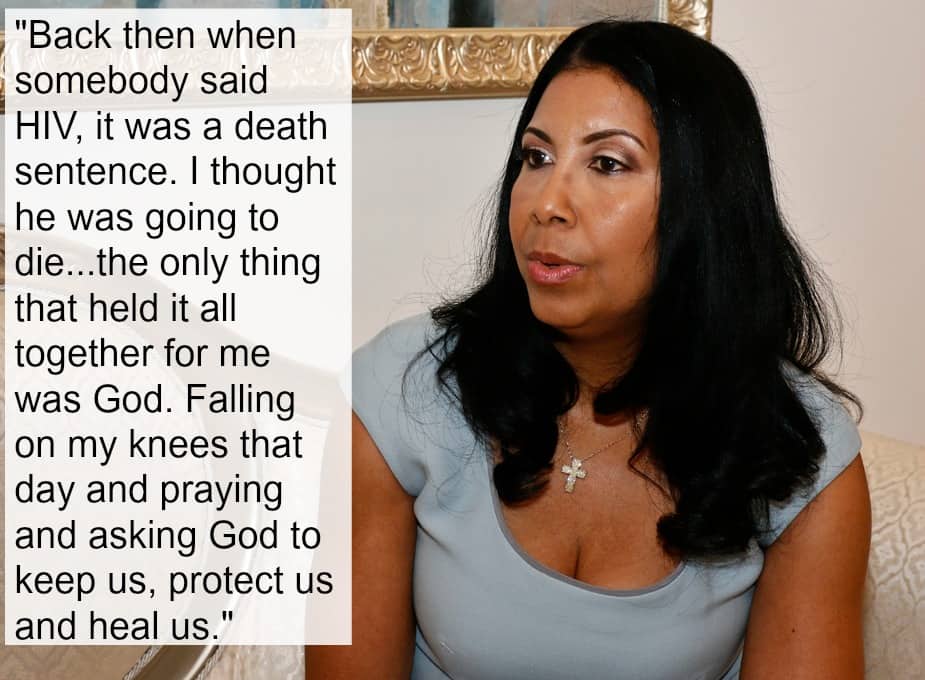 MMS: You are a strong businesswoman. Is that something you want to continue?

Johnson: Yes. As a matter of fact, starting my own company really surprised me. I had fun doing it. It gave me back some independence.

Once you get married and have kids, you kind of lose yourself in being the mom and the wife. Then you ask where’s Cookie? You always have to have your foot sticking out of the door a little bit and trying to get back to who Cookie is.

I closed my company in 2015 because of the forecasts of what’s going on in the retail industry right now with store closures. That doesn’t mean I’m going to let it go. I’m going to come back with it and come back with it in a different way. Maybe only do websites. I’m working on it. That was the beginning. That was the little bit that got me excited. And now I’m ready to roll.

Johnson: Getting up in the morning and making sure I accomplish a couple of goals. Also, living out God’s purpose for me. I feel like His purpose for me is to get out and share His word and share what God has done for me and the world. When I do stuff like that, it just makes me feel so good about myself.

MMS: How do you and Magic have fun?

We have another home near the beach and we just hang out, spend time with each other. Sometimes we’re going in different directions and it’s so important for marriages to find that time to reconnect.

MMS: You seem like you’re in a really, really good place. Are you happy?

Johnson: Very happy. Things have all come together and everything is in place. Thanks to God, I am very happy. 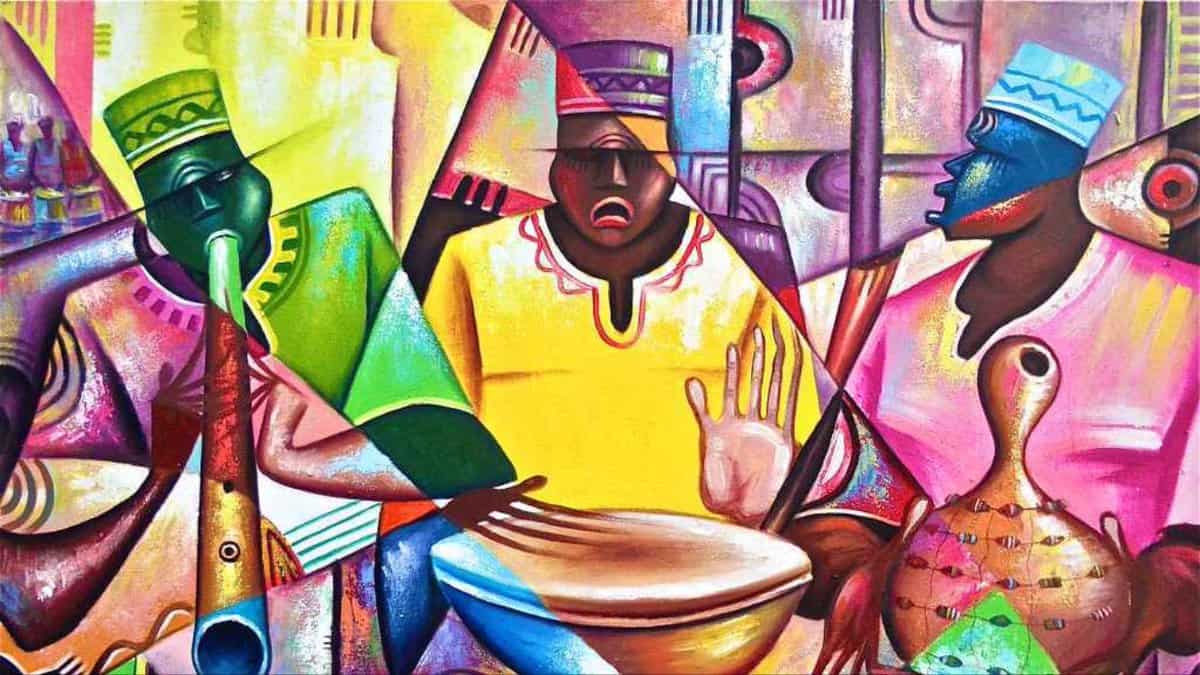