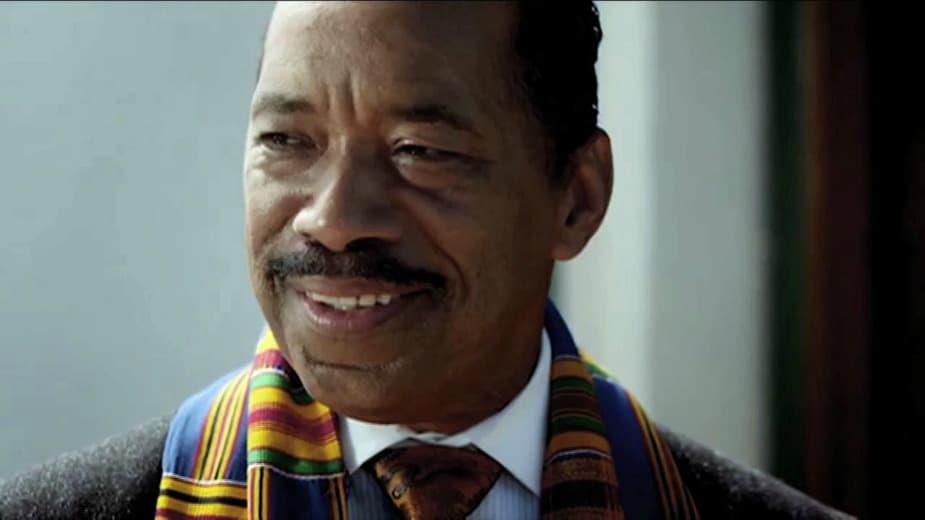 Obba Babatunde’ is a well-respected actor who has appeared in seventeen stage productions, thirty theatrical films, sixty made-for-television movies, and many television series.

Babatunde’ is best known for his roles in the movies “The Manchurian Candidate,” “The Notebook,” “Philadelphia,” and “John Q, and TV shows “Madam Secretary,” “The Young and the Restless,” “Grey’s Anatomy,” “NCIS,” and “Boston Legal.”

The actor is set to appear in the new Netflix series, “Dear White People.”

We sat down with the actor at the Film and Entertainment Summit in Houston, TX.

Mocha Man Style: You are probably one of the most celebrated artists, not Black artists, but actors period. How did that come about?

Babatunde’: I’ve been doing this professionally for 47 years. I initially started out with a gift that I decided to hone.

In the early ’70s, the art was connected to a cultural movement. That was the basis upon which I was exercising my craft.

In my last year of high school, I wrote poetry.  In my first year of college, I turned that into one-act plays. That introduced me to the theatrical community. I then danced and sang.

When musicals became lucrative, I began to do musicals. From there, I went into film and television.

I remember seeing the power of the medium. I saw this movie called Tarzan. I was able to identify that that one movie caused Black Americans not to want to be associated with being African or their connection to Africa.

Tarzan jumped from tree to tree like an ape, had a loincloth on, and had no language. I went “wow” that one movie could do that in terms of people’s mindsets.

I said then that I wanted to be involved in that industry so I could help reverse that false narrative about who we really were. MMS: You wanted to present something that was more realistic about us?

Babatunde’: Absolutely! Something that was a different aspect of our community. Because I knew where I grew up. I wasn’t seeing those people represented.

In the community where I grew up, it was diverse in terms of Blacks. Where I  grew up there were store owners, doctors, teachers, and attorneys in my community. I grew up in New York and I wanted to be able to represent those people.

MMS: You’ve done Broadway, movies, and television. Which one is the most important one for you?

Babatunde’: It’s a great question and a hard one to answer. It’s like asking someone which one of their children is their favorite.

When I was only doing theatre, I’d say hey man it’s theatre because it’s immediate and I get that immediate response from that audience.

And then I began to do film and I realized that television reached so many more people and much faster. So then I had a healthy respect for each of those disciplines.

The idea that theatre lives and dies in the hearts and minds who witness it. Film lasts forever.

With television, you’re getting a wide range of audiences in one night. I recently did an episode of “Madam Secretary.” The number of people who saw that one show was phenomenal.

I did the original broadway play of “Dream Girls” over a three-year span. Just think, I can reach that number of people in just one night on television.

MMS: You’ve been performing for almost 5 decades now. Has it been difficult getting jobs?

Babatunde’: For an African American male, absolutely. It’s challenging. But we’ve lived through so many challenges. We come from a degree of challenges.

As I said earlier, my intention is to reverse that false narrative about us.  My hope is that I have made it easier for someone coming down the pipe. Like those who made the sacrifices to make it easier for me.

MMS: You always play authority figures. Why is that?

MMS: What’s next for you?

Babatunde’: Oh man, there are a lot of wonderful things happening for me. I’m presently doing a movie called, “Labyrinth” with Forest Whitaker and Johnny Depp. It’s a story of the unsolved murders of Tupac Shakur and The Notorious BIG.

I just finished doing two series, one is called “Dear White People.”  I also completed a series that will be coming on Showtime. The name of that one is “I’m Dying Up Here.” One of the producers is Jim Carey. It’s about comics but it’s not a comedy. It’s about the darker side of these comics’ lives and it takes place in the ’70s. My character is a manager who manages someone like Richard Pryor.

I was also the only actor for CBS last year to win an Emmy for daytime for the “Bold and the Beautiful.”  I’m still presently on that show as well.