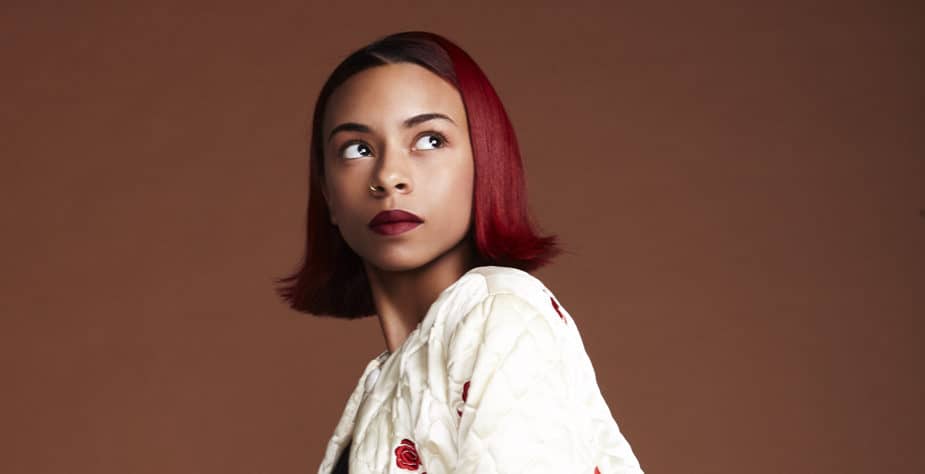 In February, we profiled an amazing young artist, Ravyn Lenae, in our monthly 5 Indie Artists You Should Hear column.

Born and raised on Chicago’s often turbulent south side, the 17 years old classically trained singer/songwriter released her first single, “Greetings,” in 2015. The song was a huge local hit.

After the song caught fire in other parts of the country, Lenae was offered a recording contract with a Chicago-based record label, Three Twenty Three Music Group. “I tend to take small bits and pieces from my favorite artist, and incorporate them into my own work,” said Lenae.

After the success of Moon Shoes, Lenae was named Verizon’s Big Break Artist on WGCI in Chicago, as well as one of BBC Radio’s New Names of 2016. To date, Lenae has performed all over the country, including headlining appearances at Chicago’s African Fest and at House of Blues Chicago.

Since then, Lenae has expanded Moon Shoes into a full-length album that will be released on July 29th. The updated collection will feature two new songs, “Right Of Spring” and “Something In The Air.” Her first single, “Blossom Dearie,” produced by Monte Booker is available now.

With a lifetime ahead of her, fans can look forward to much more from the talented artist.

“I plan to touch as many people with my music as I possibly can,” said Lenae. “I know I still have to tap into my full potential and discover the true Ravyn Lenae.”