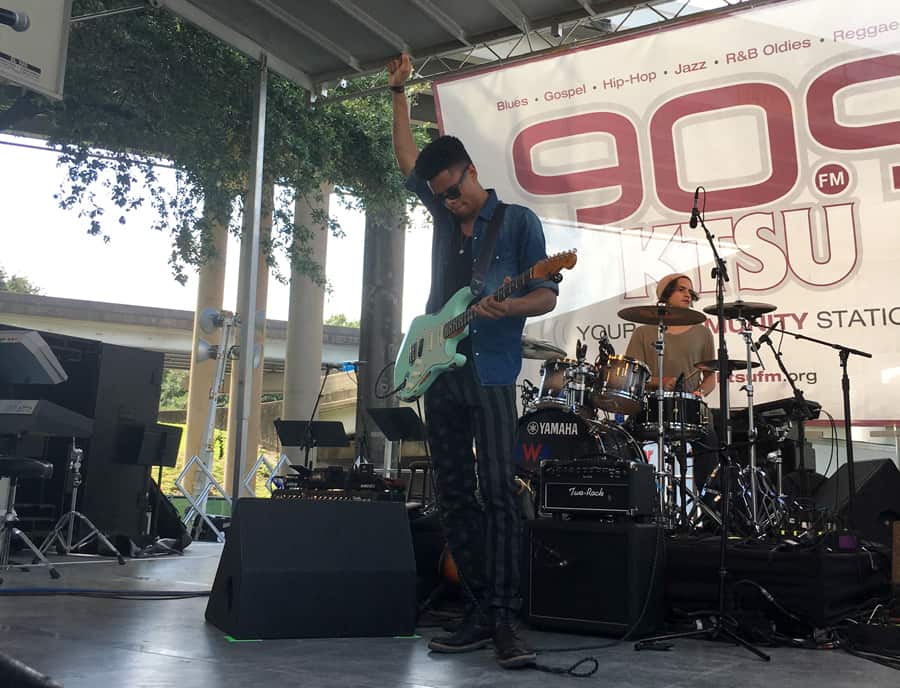 This year, headliners The Suffers, Eli Young Band, and Darius Rucker rocked the main stage, but there were several amazing artists on the smaller stages.

On the Dr. Pepper One of a Kind Stage, rock fans were treated to performances by John Evans, Rusted Root, and Cowboy Mouth.

I spent most of my time at the Liberty Stage hosted by local Houston radio station 90.9 (KTSU).

My favorite act of the day was Zach Person. The 19-year Houston resident and American Idol semi-finalist showed off his songwriting and guitar playing skills. With this three-piece band, Person opened the festival with an amazing set of blues, rock, and soul.

Next up was J. Paul and the Zydeco Nubreeds. This versatile band combines soul, R&B, hip-hop, and rock to create their distinctive style of Zydeco, a kind of black American dance music originally from southern Louisiana, typically featuring accordion and guitar.

The final act on the Liberty Stage was Ernest Walker Band/Houston All-Stars. They delighted the crowd with a mix of R&B, Soul, and Pop music. They even encouraged a young lady from the audience to step forward and sing the National Anthem. My favorite part of the show was when a guitarist delivered a blistering solo using one of Prince’s yellow guitars.