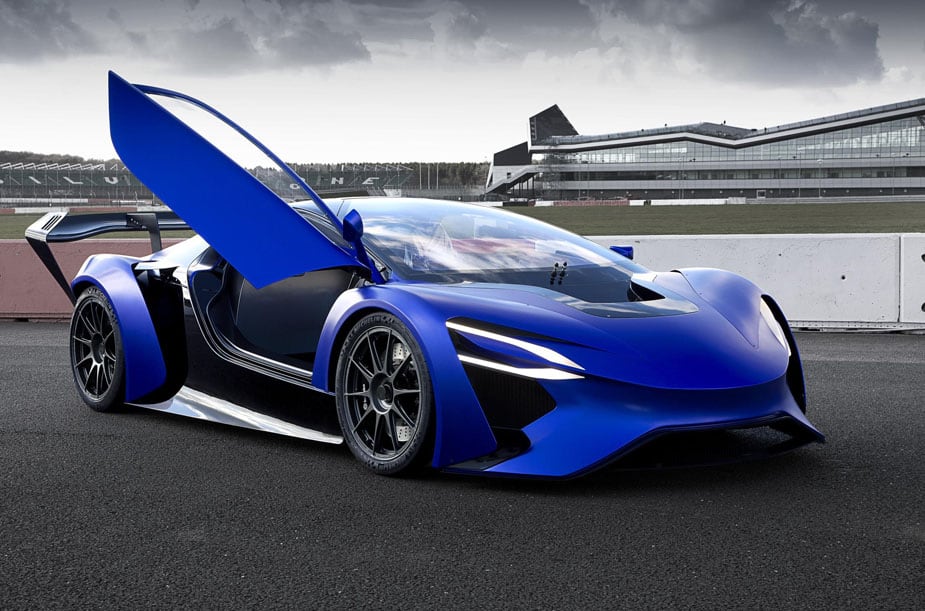 Over the past couple of years, the selection of electric supercars has grown tremendously. Whereas electric cars were once the domain of eco-conscious consumers, they’ve now crossed over into the realm of performance-hungry car enthusiasts.

Techrules, a Chinese automotive research and development company, has developed a new concept car with environmentally-friendly technology that can deliver exceptional dynamic performance.

The TREV supercar concept is driven by six electric traction motors. Each front wheel is driven by a single motor, while each rear wheel is driven by a pair of motors. This six-motor layout with independent power feeding each wheel provides an ideal configuration for torque vectoring which is managed by an electronic control unit. Four-way torque vectoring guarantees maximum cornering stability at high speed and eliminates the requirement for complex and heavy mechanical differentials. The two-seater all-wheel-drive concept supercar comes in two configurations, the AT96 and GT96. The AT96 is a vision of a track-focused version of the supercar and features a large rear wing, which provides both straight-line stability as well as downforce to aid high-speed cornering. The GT96 is styled as a road-going electric supercar.

The current plan is for a TREV-powered electric supercar to be produced and sold in low volumes within the next few years. The low volumes will help Techrules perfect the production process of the TREV system and learn from its performance in real-world conditions as it further develops the system for higher volume production.