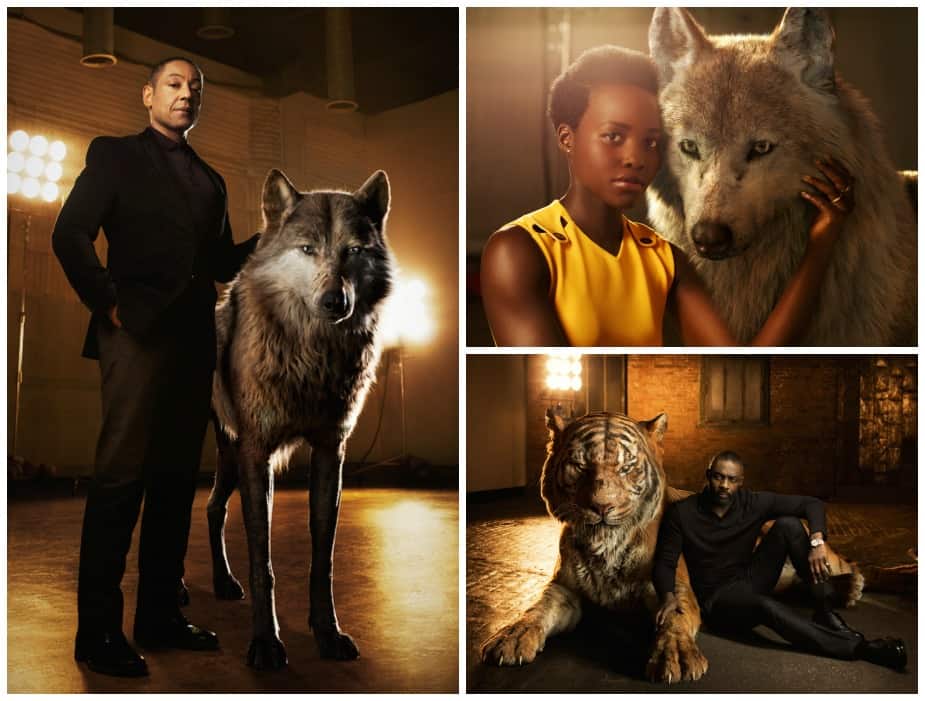 Directed by Jon Favreau (“Iron Man”), based on Rudyard Kipling’s timeless stories, and inspired by Disney’s classic animated film, The Jungle Book is an all-new live-action epic adventure about Mowgli, a man-cub who’s been raised by a family of wolves.

Lupita Nyong’o voices Raksha, a mother wolf who cares deeply for all of her pups – including man-cub Mowgli, whom she adopts as one of her own when he’s abandoned in the jungle as an infant. “She is the protector, the eternal mother,” says Nyong’o. “The word Raksha actually means protection in Hindi. I felt really connected to that, wanting to protect a son that isn’t originally hers but one she’s taken for her own.”

Giancarlo Esposito voices Akela, the strong and hardened alpha-male wolf who shoulders the responsibility of his pack. He welcomes Mowgli to the family, but worries he may one day compromise their safety. “Akela is a fierce patriarch of the wolf pack,” says Giancarlo Esposito, who voices the character. “He believes the strength of the pack lies in what each and every wolf offers. He’s a great leader, a wise teacher.”

But Mowgli finds he is no longer welcome in the jungle when fearsome tiger Shere Khan, who bears the scars of Man, promises to eliminate what he sees as a threat. “Shere Khan reigns with fear,” says Idris Elba, who voices the fearsome Bengal tiger. “He terrorizes everyone he encounters because he comes from a place of fear.”

The Jungle Book seamlessly blends live-action with photorealistic CGI animals and environments, using up-to-the-minute technology and storytelling techniques to immerse audiences in an enchanting and lush world. The Jungle Book will open in theaters on April 15, 2016. Click here to watch the trailer.