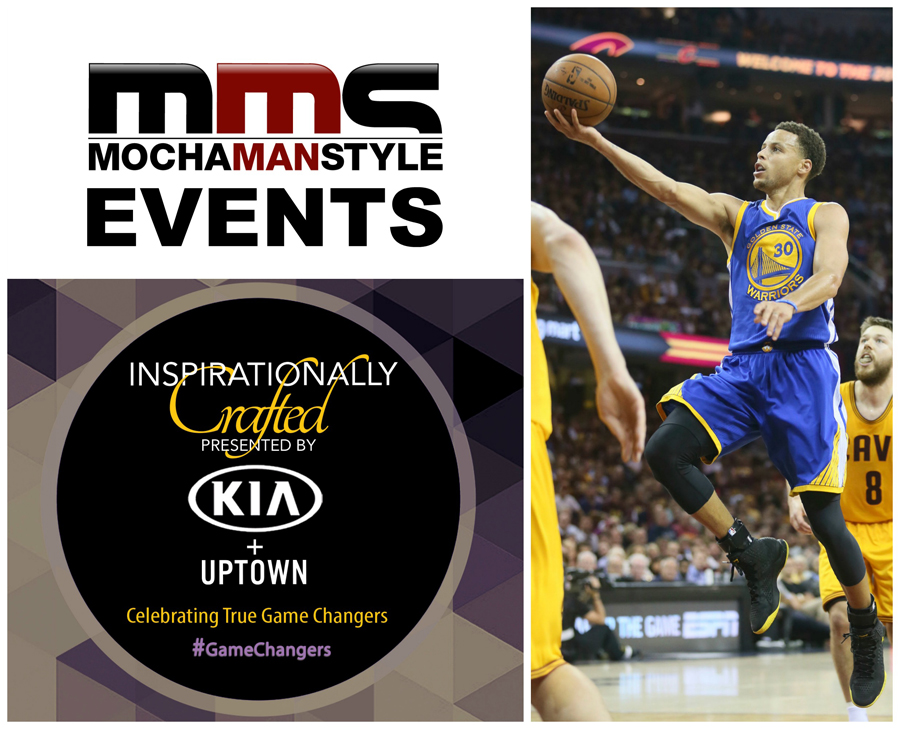 events24 online3
If you’ve been watching the NBA this year, you know that Steph Curry and the Golden State Warriors have been real game changers. They set...

If you’ve been watching the NBA this year, you know that Steph Curry and the Golden State Warriors have been real game changers. They set a new league record for best start (23-0) and are on pace to surpass the Chicago Bulls’ single season record of 72-10. But this record-breaking season didn’t happen overnight. The team worked hard, prepared, and executed. Like the Golden State Warriors, each of us has the capacity to be game changers in our own lives.

To help you tap into that potential, Mocha Man Style has partnered with Uptown Magazine and Kia Motors to host a game changing event. Please join us on Thursday February 11, 2016 at 7 pm ET for the #GameChangers Twitter Chat where we will celebrate #GameChangers in their profession, community and culture. Special guests and hosts will join in the hour long party which will include conversations and a celebration of those that are inspirationally crafted.

In addition to some great conversation, there will be prizes awarded every 10 minutes. Over $300 in gift cards will be awarded live. You can also enter to win $250 from Uptown Magazine. You are invited to join in and share how you have been a #GameChanger in your profession or community.

Want to get a jump start on winning great prizes before the party? Anyone who follows @UptownMagazine and tweets the below statement from now until the #GameChangers Twitter Chat will be eligible to win a $25 Gift Card:

Join @UptownMagazine, @Kia & @mochamanstyle on 2/11 at 7pm ET for the #GameChangers Twitter Chat about being inspirationally crafted.