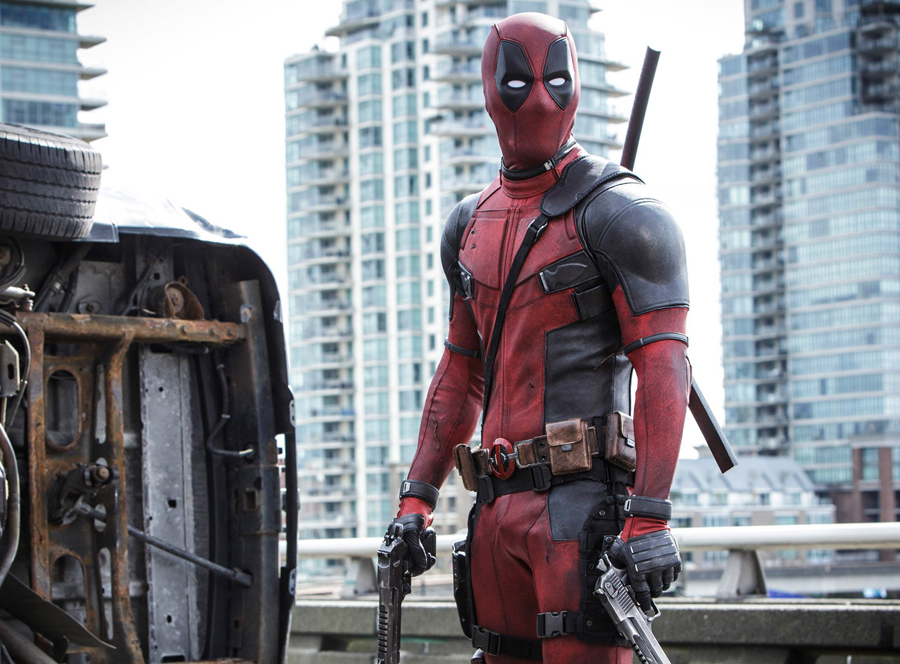 If you’ve ever watched superhero films and thought, “These movies would be much better if they had more profanity, sex, nudity, violence, and penis jokes,” then Deadpool is the movie you’ve been waiting on.

Deadpool is the first movie in the X-Men franchise to receive an R-rating, one that is definitely deserved.

You get an early indication of the movie’s tone during the opening credits which introduce the cast and crew as “hot chick,” “British villain,” “comic relief,” and “overpaid tool.”

From there, the audience is served snarky one-liners, intense action, and rapid-fire pop-culture references (oh, and did I mention penis jokes).

Deadpool tells the story of Wade Wilson, a wise-cracking mercenary who undergoes a horrific experiment to cure his cancer but winds up with healing powers that would make Wolverine jealous.

Unlike many superhero movies, Deadpool, doesn’t spend an inordinate amount of time on the origin story. It’s all woven into the action through flashbacks and helps to move the movie forward.

But when it comes to Deadpool, the plot is inconsequential. Fans of the ‘Merc with a Mouth’ want to see their anti-hero cracking jokes and cracking skulls. Deadpool doesn’t disappoint in either area.

Like in comic books, Deadpool makes a point to break the fourth wall and talk to the audience.

These exchanges help to make the audience feel as if it’s part of the most epic episode of Punk’d. Deadpool is at its best when it is poking fun at superhero cliches even if the movie uses these cliches for comedic effect.

One of the movie’s favorite targets is the X-Men franchise. Wolverine (and Hugh Jackman), Professor X, and Beast all get the brunt of Deadpool’s snarky humor.

X-Men Negasonic Teenage Warhead (cool name, but I don’t think it’ll fit on a t-shirt) and Colossus (who acts as the movie’s moral center) both make appearances to help Deadpool defeat his enemy. But even they aren’t safe from Deadpool’s sharp tongue.

In one scene at the X-Men mansion, Deadpool observes that he never sees any other X-men inside. “It’s like the studio could only afford two X-Men,” he quips.

But the best jokes come at the expense of Ryan Reynolds.

It starts in the opening sequence with references to the universally panned movie, Green Lantern, and continues with jokes about Reynold’s portrayal of Deadpool in X-Men Origins: Wolverine. The movie makes a point to take a few shots at Reynold’s “Sexiest Man Alive” looks.

After Deadpool’s face is mutilated, the characters have a discussion about whether looks really matter. In one of the more meta moments, Deadpool responds by saying (and I’m paraphrasing), “What do you mean looks don’t matter. Do you really think Ryan Reynolds is a good actor?”

These types of inside jokes keep the audience engaged, but they also have the potential to alienate people who aren’t familiar with Deadpool.

From a character standpoint, Deadpool doesn’t really give you any reason to like him.

He starts off as a flawed character with questionable morals and grows even more obnoxious as the movie progresses. There is no transformative moment when he finds his inner hero.

His M.O. is kill, pop-culture joke, kill, WHAM! song, penis joke (do you get the point that there are a lot of penis jokes).

The rest of the cast does a good job of balancing Deadpool’s zany antics.

I was glad to see accomplished thespian Leslie Uggams as Blind Al in the film.

Uggams who appeared in many of my favorite 80s shows – The Muppet Show, The Love Boat, Magnum, P.I. – is probably best known for her role as Kizzie in the classic mini-series Roots. While Uggams’ time on screen is short, she manages to show her comedic chops by skillfully trading insults with Deadpool.

Deadpool is a movie that you will love or hate. There is no middle ground. But love it or hate it, Deadpool is definitely a different kind of superhero story.