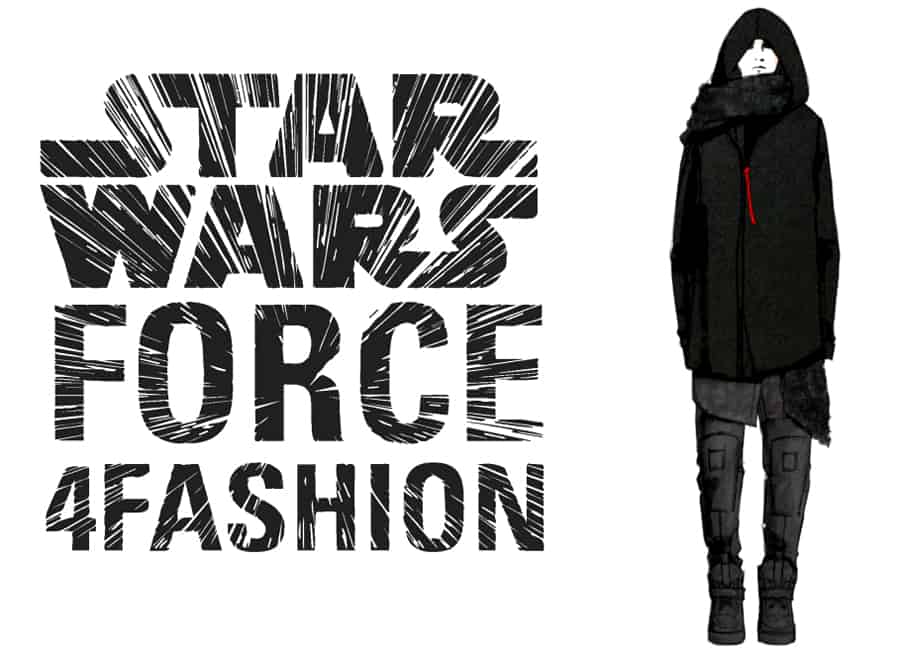 In celebration of Lucasfilm’s highly anticipated film, Star Wars: The Force Awakens, Disney Consumer Products and Bloomingdale’s have joined forces with an all-star line-up of fashion designers to raise money for charity by creating innovative fashions based on the film.

Each designer is tasked with creating a bespoke piece that takes inspiration from The Force Awakens’ costume designer, Michael Kaplan’s work. Their designs will be showcased at an extraordinary “Star Wars: Fashion Finds The Force” presentation on November 26th in London, following which they will be available to fans worldwide by online auction at www.starwarsfashion.london.