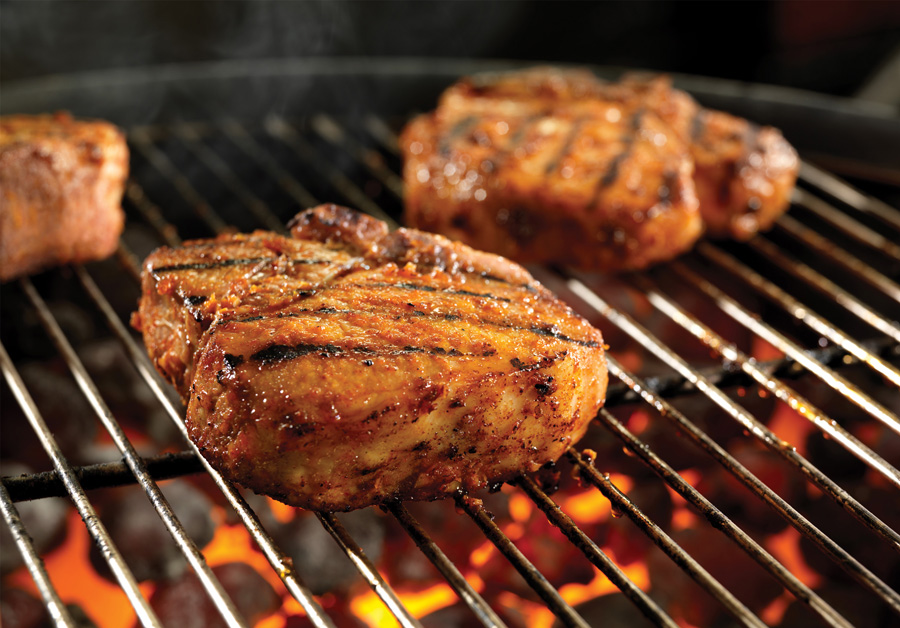 Cooking the perfect pork chop is not easy.

One false move can lead to a dry piece of meat that is as tough as leather.

Fortunately, Chef Tiffany Derry has some tips to help us cook the perfect pork chop.

Derry began her culinary career at the age of fifteen as a server in a restaurant.

By age seventeen, she promoted was to a management position.

After high school, Derry attended the Art Institute of Houston followed by stints in esteemed kitchens throughout Houston and Dallas.

In 2011, Derry teamed with Patrick Halbert of the Halstin Group to open Private|Social in Dallas.

Derry gained national attention when she appeared on Season 7 of Bravo’s Top Chef where she was voted “fan favorite.” She was also a finalist on Top Chef: All-Stars and a series host on Spike TV’s, Hungry Investors.

When it comes to pork, Derry likes to start with lean cuts of meat such as New York, ribeye, and porterhouse pork chops.

Follow the directions below and you’ll be making the perfect pork chop in no time. This recipe serves four and has only 250 calories and 7 grams of fat per serving.