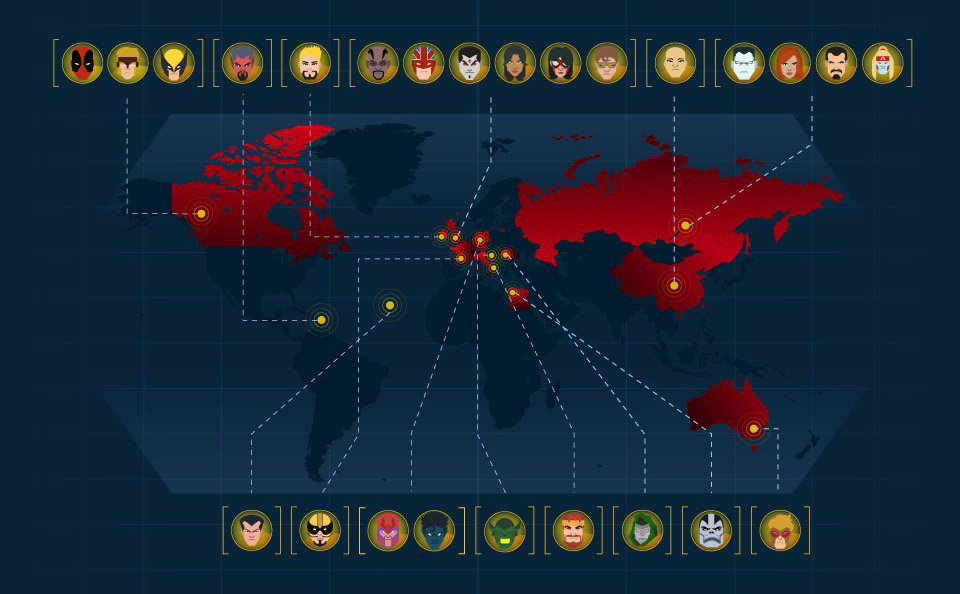 One thing that has always distinguished Marvel characters from DC characters is that they were rooted in the real world. Whereas Batman lived in the fictional city of Gotham, Spider-man had to battle it out in the streets of New York.

But the Big Apple isn’t the only superhero home base.

Marvel’s characters are global and have roots in nearly every continent (sorry, but there’s no superhero from Antarctica, but I’m sure Iceman would feel right at home).

The following infographic, created by our friends at Movato, identifies the hometown origins of some of Marvel’s most popular characters. In case you were wondering, here are home towns of The Avengers: