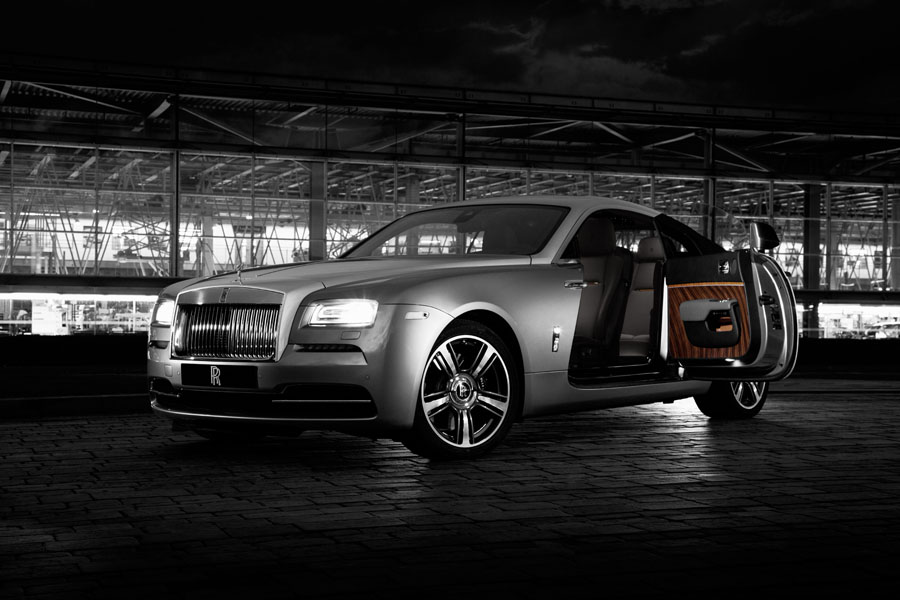 Rolls-Royce cars have been featured in blockbuster films such as Goldfinger, The Yellow Rolls-Royce, The Thomas Crowne Affair, and The Great Gatsby.

With the release of the short film, “And the World Stood Still,” the Rolls-Royce Wraith “Inspired by Film” took a starring role that has caught the attention of the British Film Institute (BFI) and was accepted into the BFI National Archive, the world’s most significant collection of film and TV.

The film introduced Wraith as the most powerful and technologically-advanced Rolls-Royce in history. Filmed at a secret location near Barcelona, the shoot included an innovative ‘Timeslice’ (frozen time) sequence created using 100 SLR cameras; the longest purpose-built camera rig in Europe; an award-winning film director; 36 computers; 1.5km of cables, and one prototype Rolls‑Royce Wraith.

Wraith is the most powerful Rolls-Royce ever made. Performance complements the drama of exterior styling as a shorter wheelbase, wider rear track, and 624 bhp/465 kW derived from the twin-turbo V12 and a 0-60mph of 4.4 seconds (0-100kph, 4.6 seconds) give expression to the car’s dynamic looks.

The swept lines of the fastback body of Wraith, a style whose origins can be found in the 1930s era of film noir, most clearly signal its purposeful character.

Watch the film that has been touted by critics and auto enthusiasts.