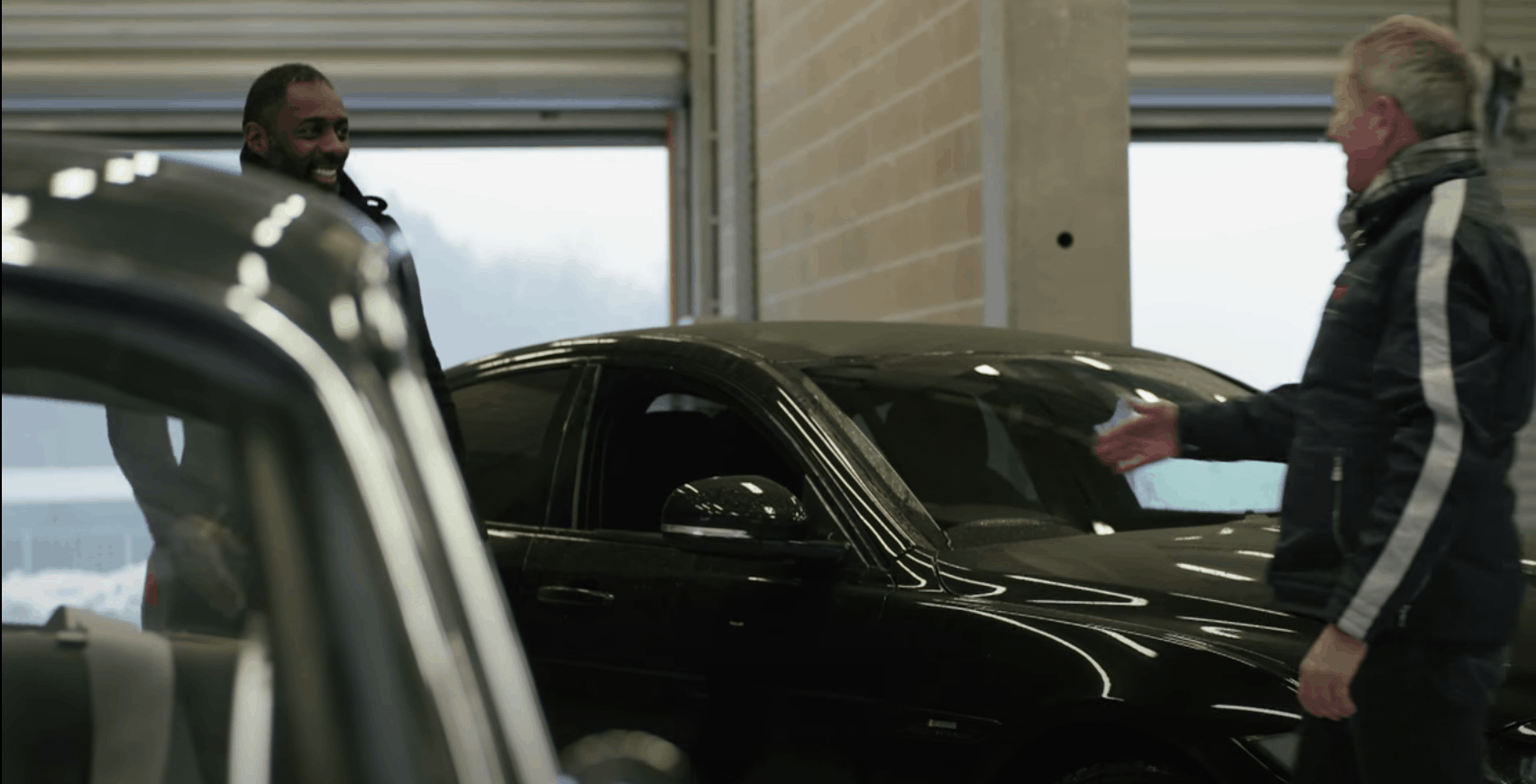 Idris Elba is known for his good looks and acting ability, but few people realize that he is also skilled on the turntables.

“I’m coming toward the end of another season of DJing in Ibiza,” Elba said. “I’ve been recording my shows from Ibiza and putting them on Capital FM, a big radio station in London. Next year I’m going to start putting out some music as a D.J., which is a natural step, and just have as much fun as I can with it.”

Elba recently took his act on the road as part of a promotion for the new Jaguar XE. He drove the car 750 miles across Europe to treat the party-goers to a very special DJ set during the XE launch party in Berlin.

“The car was a real head turner and I made sure I pushed it hard all the way to Berlin,” Elba said.  “I also loved the in-car tech as I’m a big fan of gadgets, and the XE was fully loaded in that respect too – I even planned my DJ setlist as I drove.”

Along the route, Elba stopped at the F1 race circuit in Spa, Belgium for some high-speed dynamic driving.

“Hammering it round Spa with the legendary Martin Brundle was the highlight [of the trip] for me, said Elba.

A documentary crew captured Elba’s journey and produced an engaging 5-minute film that culminates with Elba in the DJ in Berlin.

“I’ve long been a fan of Jaguar and its incredible sporting heritage,” Elba said. “I like to push what I do and explore different areas of my expertise and that’s why this film project with Jaguar really appealed.”

Watch the film below to see the full adventure.