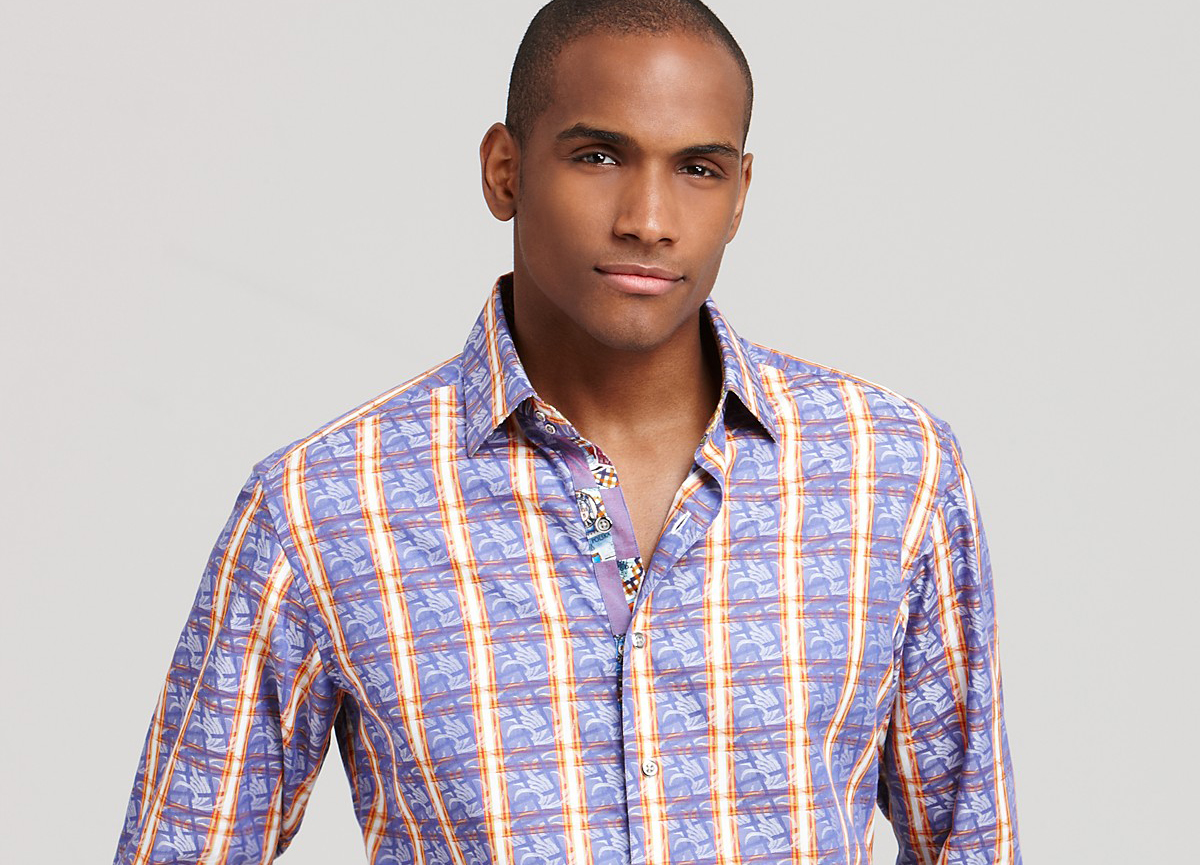 With bold stripes, colorful prints, and unique patterns, Robert Graham‘s clothing is instantly recognizable. Since its launch in 2001, Robert Graham has created sophisticated styles for men. Due to the brand’s distinctive design elements and superior craftsmanship, Robert Graham enjoys a robust and loyal consumer following who not only proudly wear the eclectic fashions, but they also collect signature pieces.

Robert Graham has broadened the brand’s offerings beyond sportswear to develop cohesive tailored clothing, dress shirt, and neckwear collection through a licensing deal with Shirt Avenue.

“Tailored clothing, dress shirts, and neckwear are wardrobe staples for the business-minded customer and we look forward to offering a truly dynamic collection to the marketplace,” said Michael Buckley, Chief Executive Officer of Robert Graham.

“Robert Graham is a lifestyle brand,” said Buckley, “These new collections will be reflective of the brand’s style, quality, and attention to detail.”

In 2014, Robert Graham received the “Menswear Brand of the Year” award from the American Apparel & Footwear Association. With the addition of the tailored clothing line, Robert Graham is well-positioned for a repeat.