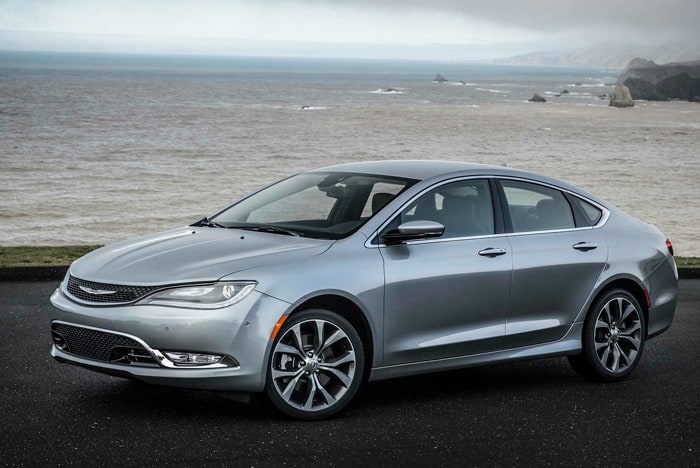 When my cousin saw the 2015 Chrysler 200C parked in my driveway, he couldn’t wait to have a look inside.

“I really want my wife to get this car,” he said as he admired the interior.

My cousin has been a life-long Chrysler fan, just like his father. I don’t think anyone in their family has owned any other brand. Watching him heap praises on the 200C was validation that this was an awesome car.

But after a week of driving it, I already knew that. I first saw the 2015 Chrysler 200C when it was unveiled at the Detroit Auto Show.

I liked the styling and specs, but I wondered how it would perform in the market. As the little brother of the popular Chrysler 300, this car had a lot to prove.

Fortunately, the 2015 Chrysler 200C has several things going for it. It is the type of sedan that will get you noticed.

In commercials, Chrysler touts the sedan’s European styling and I can see hints of the Fiat in the 200’s design (the car is also highly influenced by the Dodge Dart).

The long roofline makes the car look long and sleek and the front grille gives it a bit of a rakish appeal.

But the best thing about the 2015 Chrysler 200C is the interior.

The gauges and center display are perfectly aligned for easy viewing and the soft-touch dashboard flows elegantly across the car.

The plush leather seats and the open-pore wood on the 200C are simple and beautiful and add a touch of luxury to the vehicle. Although other mid-sized sedans may boast more interior space, I was comfortable in the front seat. My cousin, who is 6′ tall, also had plenty of legroom and headroom.

But the biggest test for me was the backseat. I have three kids and one of them uses a car seat. In many vehicles I test, the kids are squeezed together and uncomfortable. They didn’t have this problem in the 200C.

In fact, they were able to fasten their seat belts with no problem (the middle seat belt usually poses a problem), and we drove all over town without their complaining about someone touching them.

In addition to good looks and a roomy interior, the 2015 Chrysler 200C has one of the strongest engines in the segment.

The 3.6-liter V-6 engine is rated at 295 hp and 262 lb-ft of torque. The 200C’s all-wheel-drive system can also send up to 60 percent of the torque to the rear wheels for additional performance, stability, and safety.

While the 2015 Chrysler 200C has many great features, one disappointment is the lackluster fuel economy.

Compared to other sedans in this segment, the 2015 Chrysler 200C’s fuel economy could use some improvement.

With the excellent Uconnect infotainment system that features an 8.4-inch touchscreen; Bluetooth; satellite and HD radio; navigation; and app connectivity, eye-catching exterior styling, plush, roomy interior, and top-notch safety features, the Chrysler 200C is a good value at the base price of $26,225 (The tested version is $32,700).