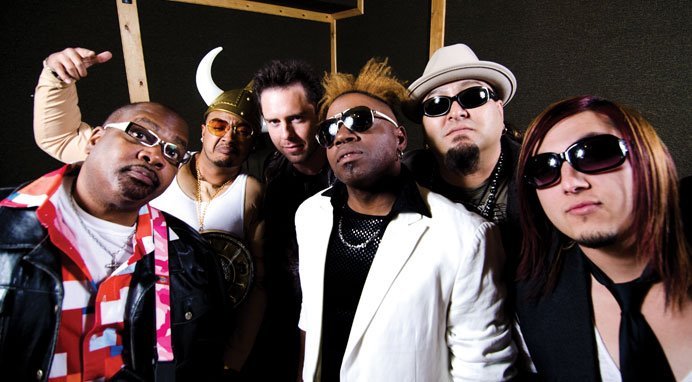 Albuquerque-based modern funkateers The James Douglas Show (The JDS) have been incorporating synchronized band choreography, funk guitar, and vocoder-driven sounds of the ’70s into their live performances for over a decade.

The band has shared the stage with artists such as Keith Sweat, Carrie Underwood, Poison, Al B. Sure, K-Ci and JoJo, Keith Urban, Nickelback, and Maze featuring Frankie Beverly.

Their single, “Vegas Hot,” has been selected as the official anthem for LasVegas.com’s marketing campaign and has been featured in Keeping Up With the Kardashians, Bad Girls Club, Best Ink, and Naked Vegas. The JDS is also the house band for the syndicated late-night television program, “The After After Party,” featuring Emmy Award-winning actor and comedian Steven Michael Quezada from “Breaking Bad.”