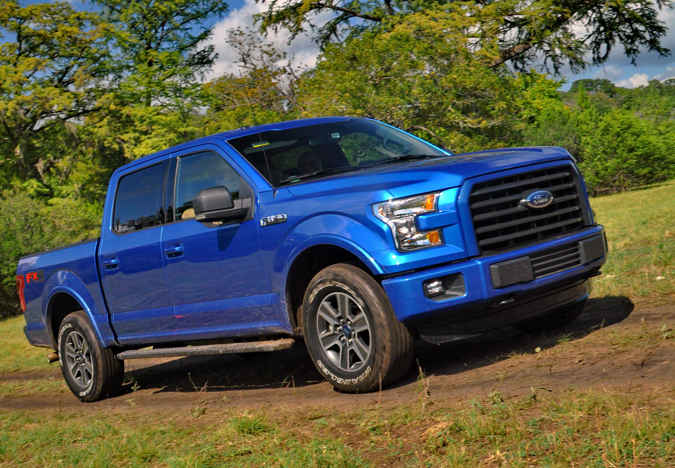 When I first saw the new Ford F-150 at the North American International Auto Show in Detroit, I knew it was special. Totally redesigned with an all-aluminum body, this truck was destined for greatness. The F-150 has taken a major step towards being the King of Pickups by winning the title, Truck of Texas at the 2014 Texas Auto Writers Association (TAWA) Truck Rodeo.

“This is a significant honor, one of the three big ones along with the Motor Trend and North American Truck of the year awards,” Doug Scott, marketing manager of Ford’s truck group, said.  “Our entire truck team is proud and honored to win the Truck of Texas trophy.”

But picking the Ford-150 was not an easy task. To choose the prestigious Truck of Texas, 60 auto writers put several trucks through the wringer on and off-road for two days at the Knibbe Ranch outside San Antonio. Although Ram (who won the past two titles), Chevy, Toyota, GMC, and Nissan had impressive products, Ford’s innovative design and impressive interior content managed to edge out the competition.

In addition to picking the Truck of Texas, the Texas auto writers also had to evaluate a total of 75 vehicles to select winners in several other categories. You can see all of the winners below.

“We are extremely delighted and proud that for the fifth consecutive year, the respected and influential Texas auto writers have named the Jeep Grand Cherokee the SUV of Texas,” said Mike Manley, president and CEO of Chrysler Group’s Jeep Brand. Runner-up: 2015 Mercedes-Benz GLA250 (Note: The Evoque was my favorite vehicle at the Texas Truck Rodeo)