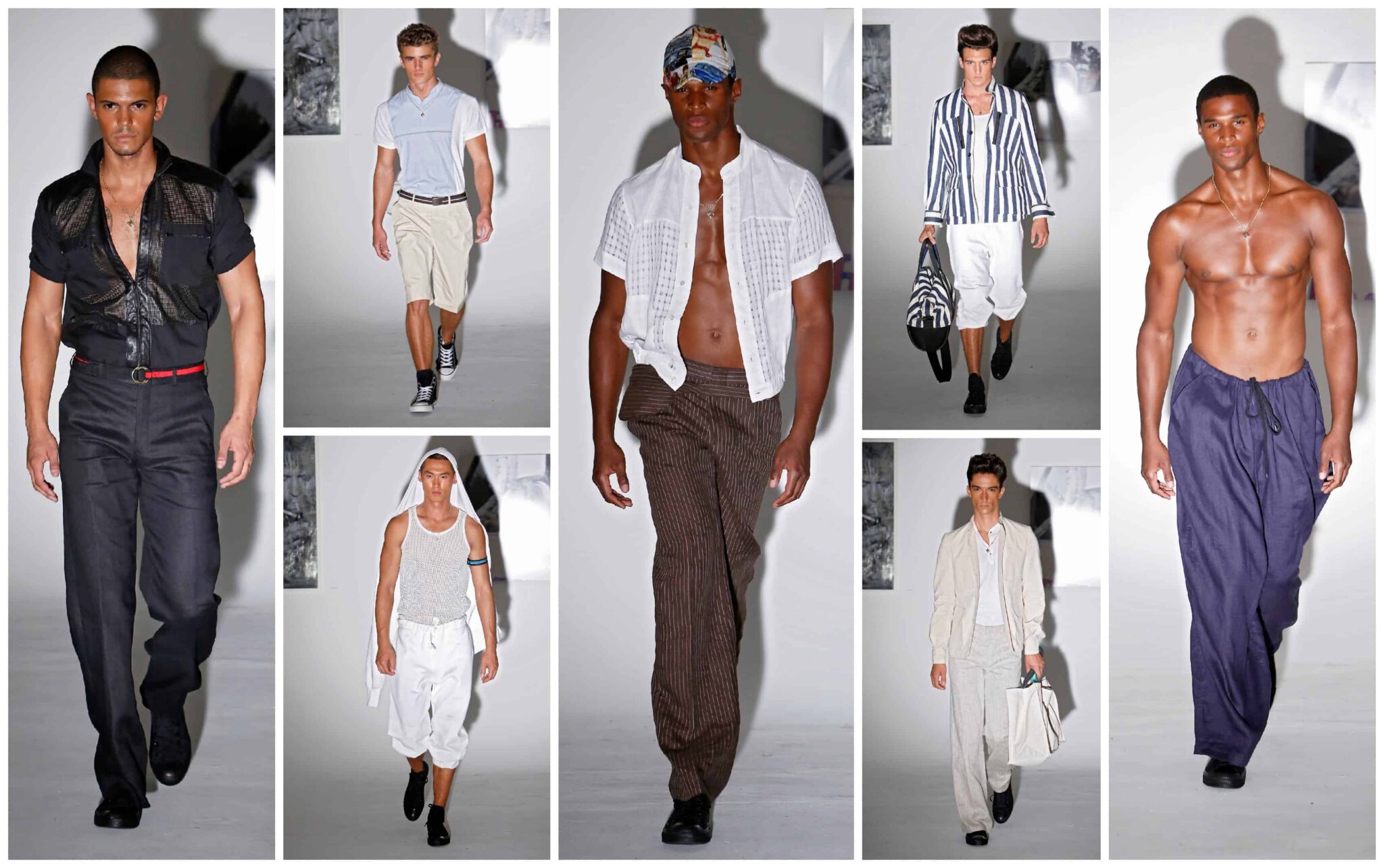 Standout pieces include welder hats, a perforated leather Palm Springs combo top and an Eisenhower lino weave linen combo shirt. As always, Keehn maintains the edge he’s known for. Bold red and black accents are seen amid the mainly pastel color palette, and of course, leather features are commonplace throughout the line.

“I feel strongly about leather in all seasons,” says Keehn. And while this average Joe inspired line marked with Keehn’s distinguished edge may sound something like oil and water, somehow, it works.

Born in North Dakota ad raised in Seattle raised, Keehn moved to New York City at the age of twenty-two to study at the Fashion Institute of Technology. Upon graduating with the Critic’s Choice Award, Keehn’s commitment to style and travel led him to spend a year in Southern France. Newly inspired from his travels, he returned to New York City and began producing clothing for photographer David LaChapelle’s photoshoots. In 1994, he was asked to produce a swimsuit for actress Patricia Arquette for the cover of Details Magazine, and consequently, his first consulting and celebrity styling company, Wearmart, was born. In 2010, Keehn decided to merge Wearmart into what is now his namesake label, MARTIN KEEHN. This season, Keehn’s use of fabrics, texture, and pastel colors pays tribute to the latter quarter of the past century. Whether it be the pinhole jersey shirts, his heavy use of linen, or the 70’s style slight flare to the pant leg, his collection is bound to bring on the flashbacks. Adding a sense of elevated Norm Core to the collection, he’s attached PBR beer cozies to the belt loops of select pieces, giving new depth to ‘fashion meets function’.