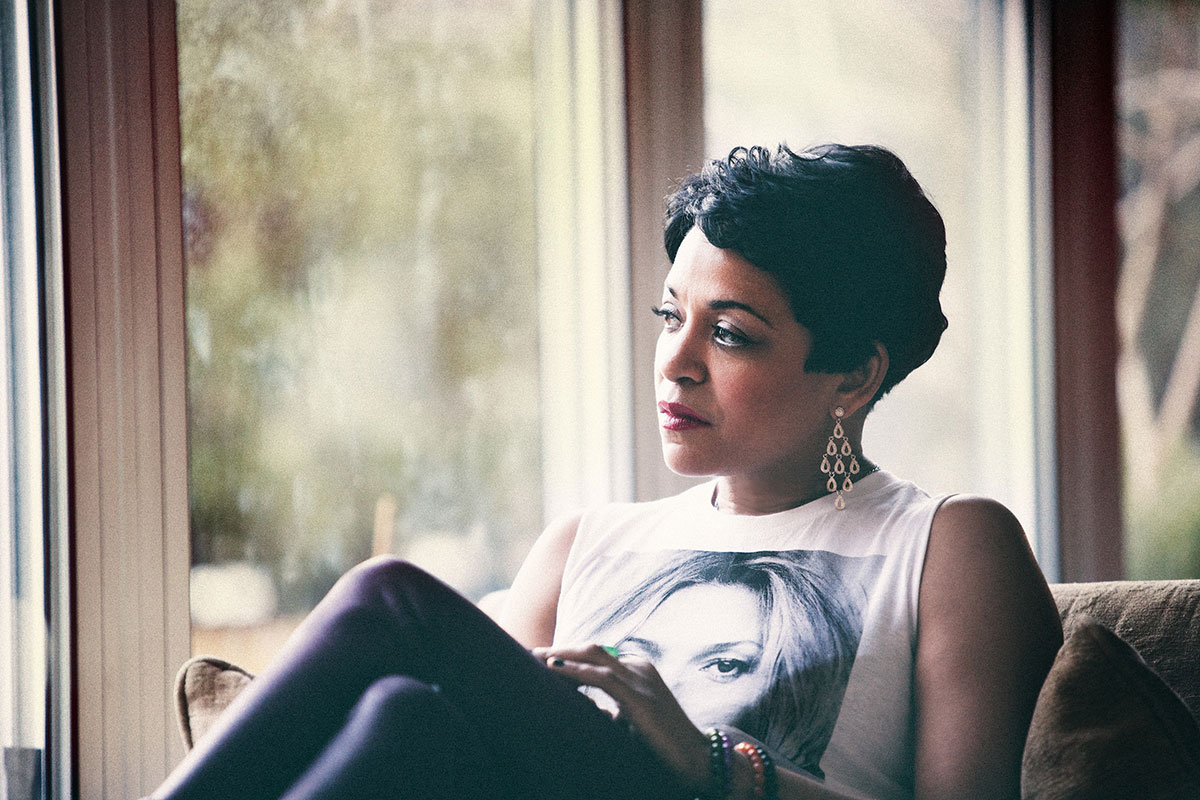 Not just because she was only one of about seven Black kids in her junior high school, but because of the compelling power of her shockingly big voice, which stopped people in their tracks.

Danielia’s natural gift–raw, searing vocal chops combined with a deep, buttery tone–draws from the two different rich traditions that she absorbed early in her youth.

On the one hand, she couldn’t get enough of what her friends and neighbors were listening to AC/DC, Zeppelin, the Stones.

On the other, she was her mother’s girl: daughter of a jazz singer and member of the church gospel choir, grooving to Mavis Staples, Etta James, Billie, and Ella.

The happy collision of these two traditions is her new album, Rare Child.

“I think this is an album that the audience wanted,” she says. “And because we didn’t try to write singles or do anything like that, it came out being a real rock ‘n roll album.”

The meaning behind the album title is at once personal and universal for Cotton.

“When I’m out there, I don’t see too many Black girls slinging guitars,” Cotton said. “And I know they’re out there—Tracy Chapman, Toshi Reagon—but in the venues, I’m doing and the genre I’m doing, a lot of times it’s just me. Music is so manufactured nowadays. I feel I go back more to the classics, and Rare Child just reminds me of more of the 70’s feel, and I think this album is a throwback to a time when music was less produced and a little bit more honest, accessible and more real. It doesn’t make it better or worse than anything that’s out there now, it just makes it what it is. Which is a little rare for right now. But a lot of people want that.”

Like male counterparts Jimi Hendrix and Sly Stone or crossover icon Tina Turner, Cotton not only has embraced the notion of Black Rock–she has redefined it.