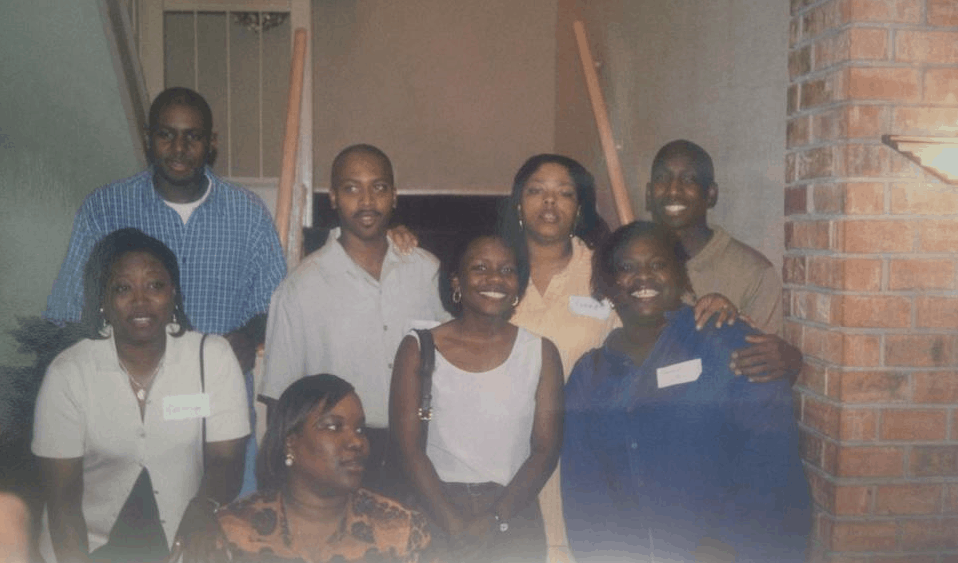 My friend James is Top Left, right next to me (photo circa 1988)

I usually log on to Facebook to post some non-sequitur comment or find out what my friends are up to. But lately, Facebook has turned into the obituary section. A few of my classmates have died from cancer over the past few weeks – one of them was my close friend, James Shepard.

I was in New York when I found out about James’ death. I checked my Facebook account and discovered this message from a mutual friend:

“My friend is gone…He tried to say goodbye to me, but I wouldn’t let him.”

Although I knew James didn’t have much time left, I was shocked to learn that he had died. Finding about his death on Facebook only added to my emotional distress. It felt impersonal, cold. But, if not for that message, I wouldn’t have known about James’ death until the next day when another friend called me.

I called my wife to talk to her, hoping that her calm, familiar voice would offer me some comfort. Her words soothed me for the moment, but I felt an intense pain in my gut and a deep sense of loss. That night I cried myself to sleep.

Over the next few days, my classmates sent frequent Facebook messages with their memories of James. I know that people have good intentions and want to honor their loved ones by using the deceased person’s photo as their avatar, but I find this practice to be quite troubling.

Whenever I’d see James’ face show up in my stream, I’d get excited and wanted to reply until I realized that it wasn’t him. He was gone. I had to avoid Facebook until the funeral because seeing his photo show up so often was too much for me to bear.

I’ve lost close relatives and acquaintances to death. Dealing with the death of a close friend felt different. Seeing James in that casket was a surreal experience. I fully expected him to jump out of the casket and reveal that he had orchestrated his biggest prank yet. Of course, that never happened. My friend was gone. My tears poured. My heart ached. I missed him.

I’ve known James since I was 14 years old. We attended almost every class together from 9th grade through senior year. Each day, we’d walk home from school and discuss things that happened at school, homework assignments, and current events. If we had documented our chats, we could have written a book, “The Solutions to World Hunger, Poverty, and Finding a Prom Date.”

One of our favorite things to do was tell “Yo Momma” jokes. We continued this practice until the last time I saw him. I remember one time when we were telling ‘Yo Momma’ jokes at James and his mother overheard us. She barged into the bedroom and demanded to know why I was saying those things about her. James intervened and explained to his mom that I wasn’t talking about her specifically. Instead, I was referring to a theoretical momma for comedy purposes. His mom accepted his explanation and left us alone to continue our tomfoolery.

James could always talk his way out of difficult situations. He even tried to talk his way out of his cancer. Whenever I saw him, he was upbeat and positive. He refused to allow the disease to keep him from living. Before I could ask how he was doing, he would say, “I’m feeling great. I’m gonna beat this thing.” I believed him.

James died a few months after his 43rd birthday. He lived a good life and fought a good fight.

I think about him every day. I can still hear his laugh. Listening to Run-DMC brings back vivid memories of our school days. Old photos remind me of the good times we had together.

James was my friend and I miss him. The tears have stopped, but the pain remains.