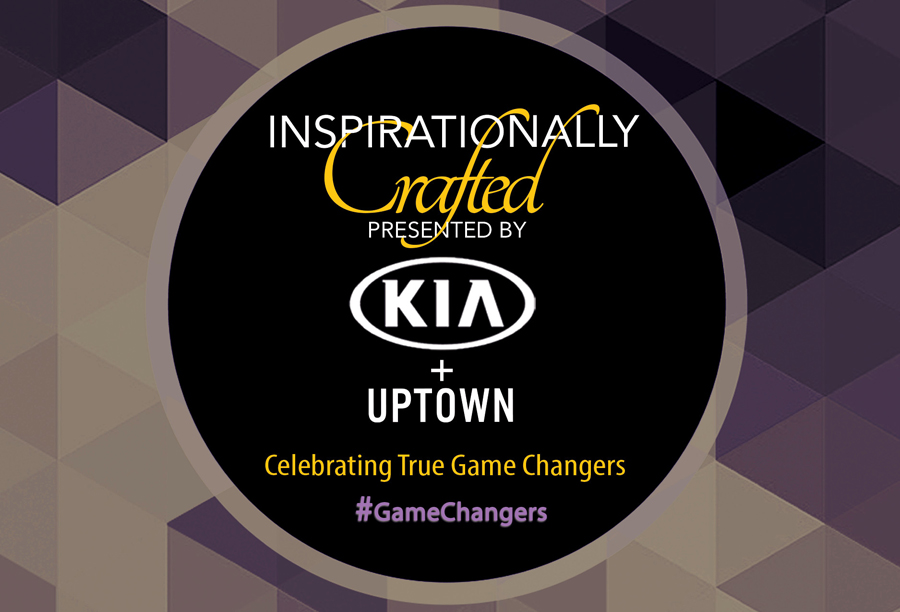 I’ve been sharing stories online for over a decade. However, I never realized how I was impacting people’s lives until I received an e-mail from a reader. He told me about his strained relationship with his daughter and asked me for advice on how to fix it. I told him that I was no expect, but I shared some tips based on my personal experience. Months passed and I had forgotten about this exchange until I received another message from the reader. He said that he had taken my advice and his relationship with his daughter has improved significantly. That is when I fully understood how small gestures can have a huge impact.

But I’m not the only one who has learned this lesson. There are many everyday Game Changers who are making a difference in the world and we want to celebrate them.

I’ve partnered with UPTOWN Magazine and Kia Motors to recognize Game Changers who impact their profession, community and culture. On Wednesday, November 18, 2015 at 7pm EST,  we will host the #GameChanger Twitter Event where leading influencers will join us to share how they are inspirationally crafted and have been Game Changers in their fields.

In addition to some great conversation, there will be prizes awarded every 10 minutes. Over $300 in gift cards will be awarded live.Attendees will also get the opportunity to be acquainted with vehicles from Kia including theK900, Kia Sorento and Kia Optima.

UPTOWN Magazine is also hosting a sweepstakes where participants can enter to win $250 for sharing their stories of how they are Game Changers. Now through, December 11, 2015, participants are invited to enter on UPTOWNMagazine.com and to post on social media using the hashtag #GameChanger.

Want to get a jump start on winning great prizes before the party? Anyone who follows @UptownMagazine and tweets the below statement from now until the #GameChanger Twitter Party will be eligible to win a $25 Gift Card.