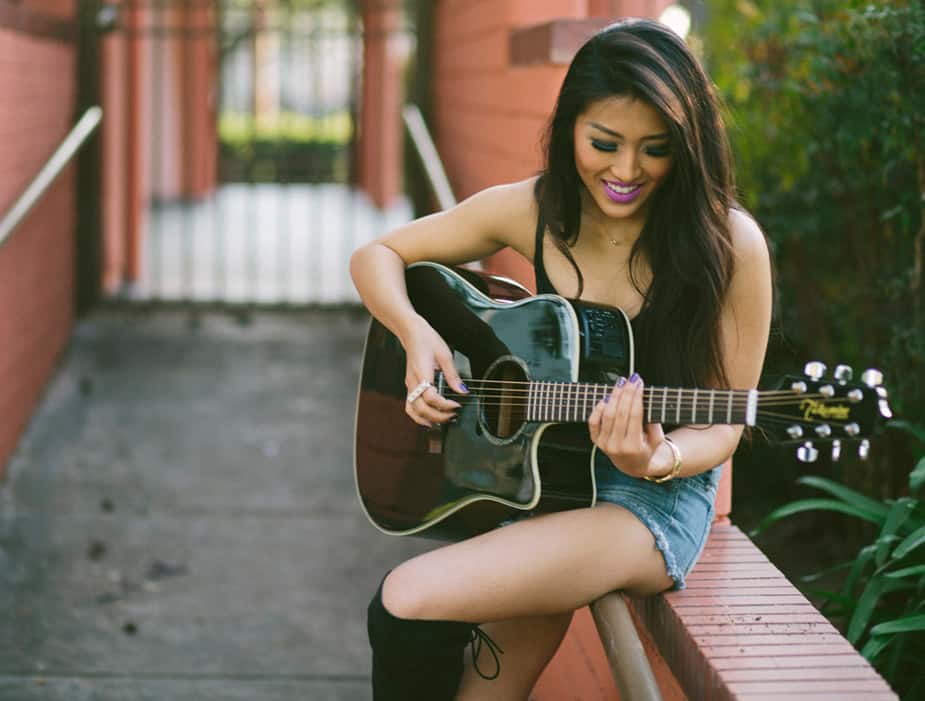 Olivia Thai is an amazing songwriter. She started writing songs in 2014 and within two months, she had written over 100 original songs.

Although Thai’s production was impressive, she lacked confidence in her abilities.

It wasn’t until she was forced to play one of her songs in her songwriting class that she realized that she had a special gift.

I nervously pick up my shiny black guitar and played my song, “I Can Do Better.” My fingers were trembling and I probably played it out of rhythm. Surprisingly, I made it through the song without having a nervous breakdown. I didn’t know what to expect since this was the first time anyone other than myself had heard this song. The room was silent. To my surprise, everyone loved the song. I was shocked to hear such positive feedback on a song I truly believed was “garbage”. The feedback from everyone in the room was unexpectedly heart-warming.

After that uplifting moment, Thai’s confidence grew and so did her musical abilities. Since then, she has earned a long list of accolades and achievements including:

Thai’s original song, “Why I Stayed” was ranked #1 on ReverbNation’s R&B charts. “Why I Stayed” is a powerful, emotionally complex ballad that shows the depth of Thai’s talent.

Thai’s next goal in her music career is to write for major label artists in order to share her introspective yet brokenhearted truth to as many listeners as possible.