Warren Broadnax is a busy man. 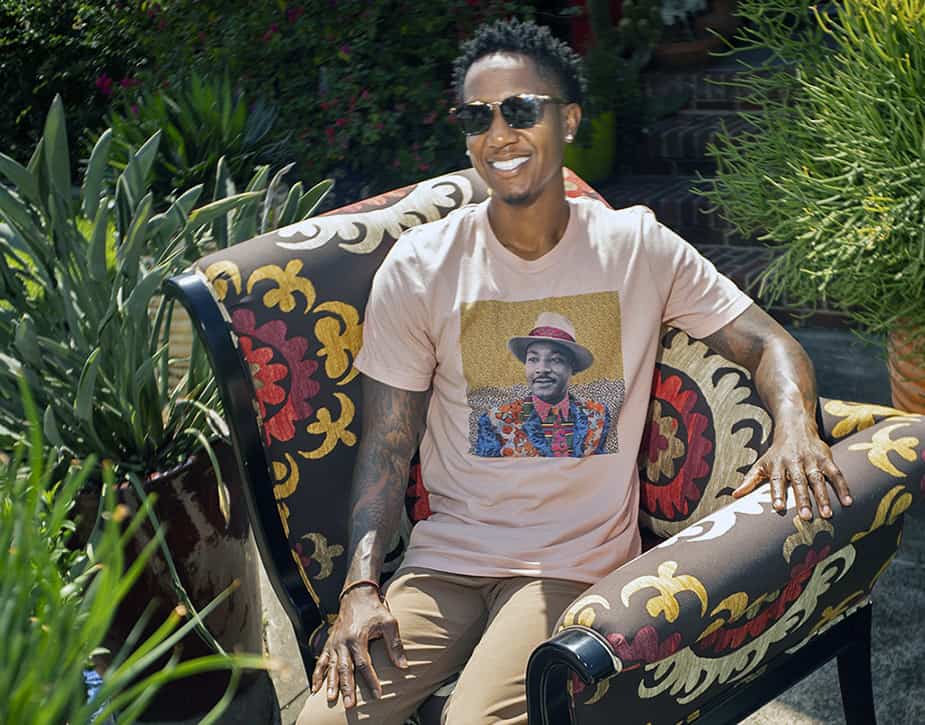 “The line is called Culture Tees,” says Warren Broadnax. “I’ve always wanted to celebrate us. T-shirts are probably one of the best ways that people can express themselves. That’s why they are so popular in America.”

Warren Broadnax recently sat down with MMS reporter Lloyd Gite to discuss the new line of T-shirts and the importance of Blacks entrepreneurship. 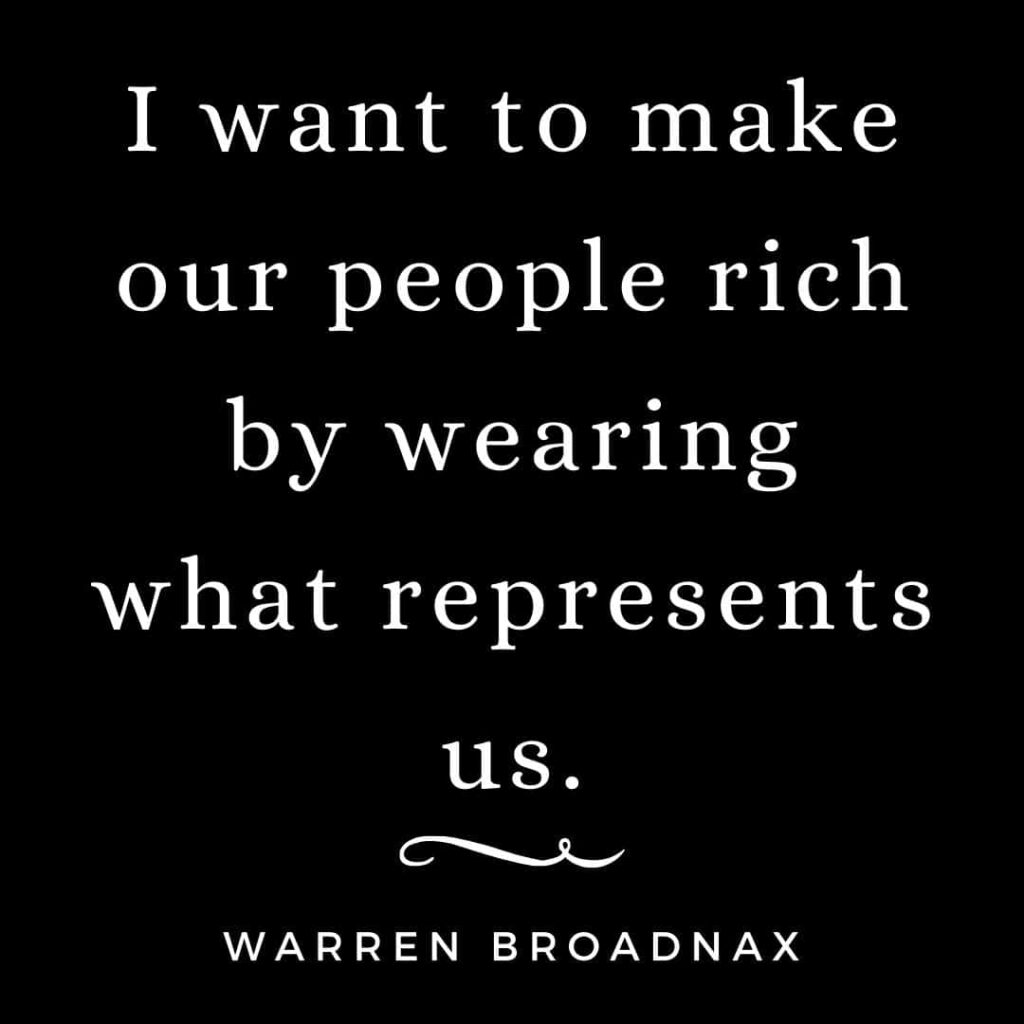 MMS: You initially formed the T-shirt company five years ago. How did that come about?

Broadnax: My little sons were in football. I asked a guy that makes T-shirts to make me some football shirts with my sons’ picture on them. When my wife and I went to the games with the T-shirts on, people went crazy and wanted to order some for themselves.

The guy who made the shirts was not responsive when the parents called. That gave me an idea to create my own T-shirt company.

I spent a year learning the business and then opened my own T-shirt business. We started off doing sports shirts and company shirts with logos.

With our newest endeavor, the Culture tees, I want to celebrate our culture. I’m tired of making Gucci rich. I want to make our people rich by wearing what represents us.

I want to showcase our lost heroes that we don’t talk about anymore. The mainstream public doesn’t celebrate us.

MMS: These T-shirts are like art. Do you agree?

Broadnax: You are right. It’s a process when I’m looking for certain vintage photos. I don’t do it randomly. 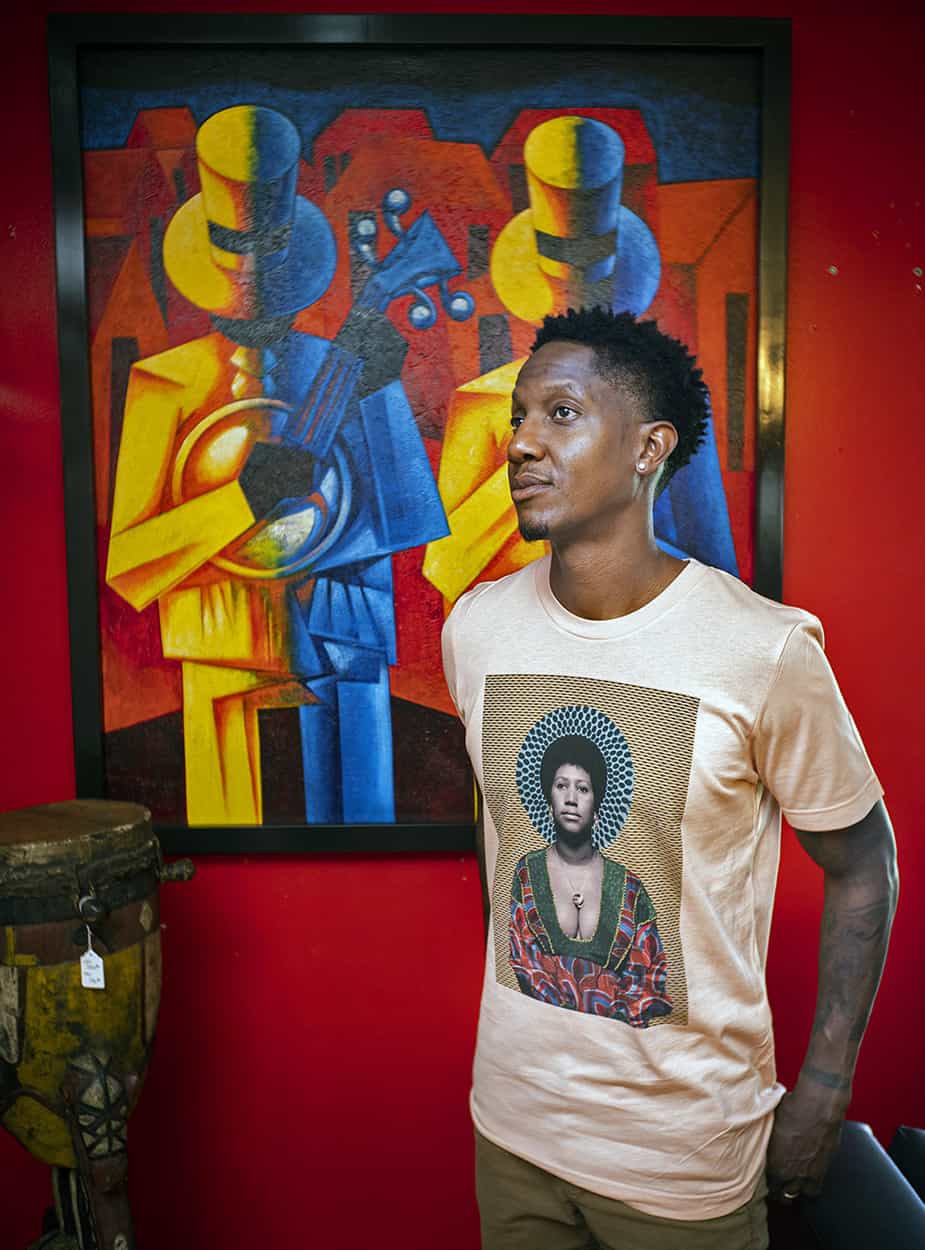 MMS: What kind of response are you getting from the public?

Broadnax: The T-shirts are great conversation starters. One day about two weeks ago, I had on a Marcus Garvey shirt when I went to get a burger.

The woman at the counter asked, “Who is that on your T-shirt? Is that Marcus Garvey?” We then had a 20-minute conversation about Garvey and the T-shirt.

People will say, “Bro, where did you get that shirt.” I tell them about the line and they are excited. 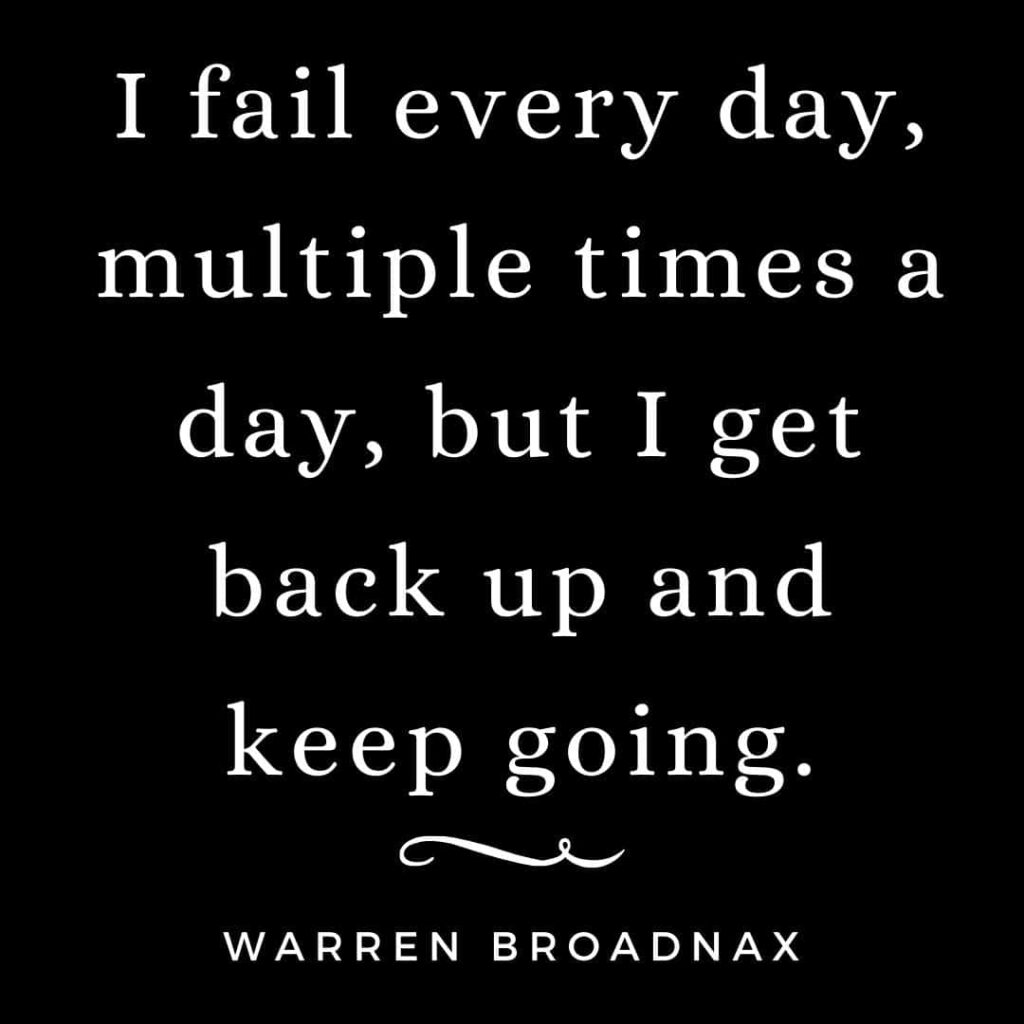 MMS: You first hit the scene by selling hair. In September 2012, you and a buddy created, She’s Happy Hair with an investment of about $900. You were in the Navy for four years and then you spent another four years as a juvenile probation officer and then you were a firefighter for three years. How did you make the leap to selling hair?

Broadnax: I’ve always had a side hustle like selling bottled water at football games and the like. One day, my buddy Marcus Bowers came to me with this idea of selling hair.

I was like that’s the craziest idea ever bro. I said I don’t know anything about hair. What’s wrong with you? He said, “all I know is that a friend of mine made $4,000 over a weekend selling hair.” I could not pass on that opportunity.

I went into beauty salons and I asked questions. I was able to spend hours in there asking women questions and that’s how I learned about hair and hair products.

We put that $900 investment to work. We ordered hair off the internet. We started selling it on Craigslist. I walked into those same salons with a Nike duffle bag full of hair and that was the story.

We started off in a 400 sq. ft. office with no windows. Today we have three locations in Houston, two in Dallas, and one in Detroit.

We just inked a six-store deal with Walmart. We will be in their stores in New York, Atlanta, Chicago, New Orleans, Miami, D.C., and Charlotte.

MMS: Have you always wanted to be an entrepreneur?

Broadnax: As a child, I did not know what an entrepreneur was. My mom called them businessmen. So I always wanted to be a businessman. I’d see the businessman come in a Mercedes but then I’d see him in a Buick when things got tight. But he always came back in the Mercedes when times got better. 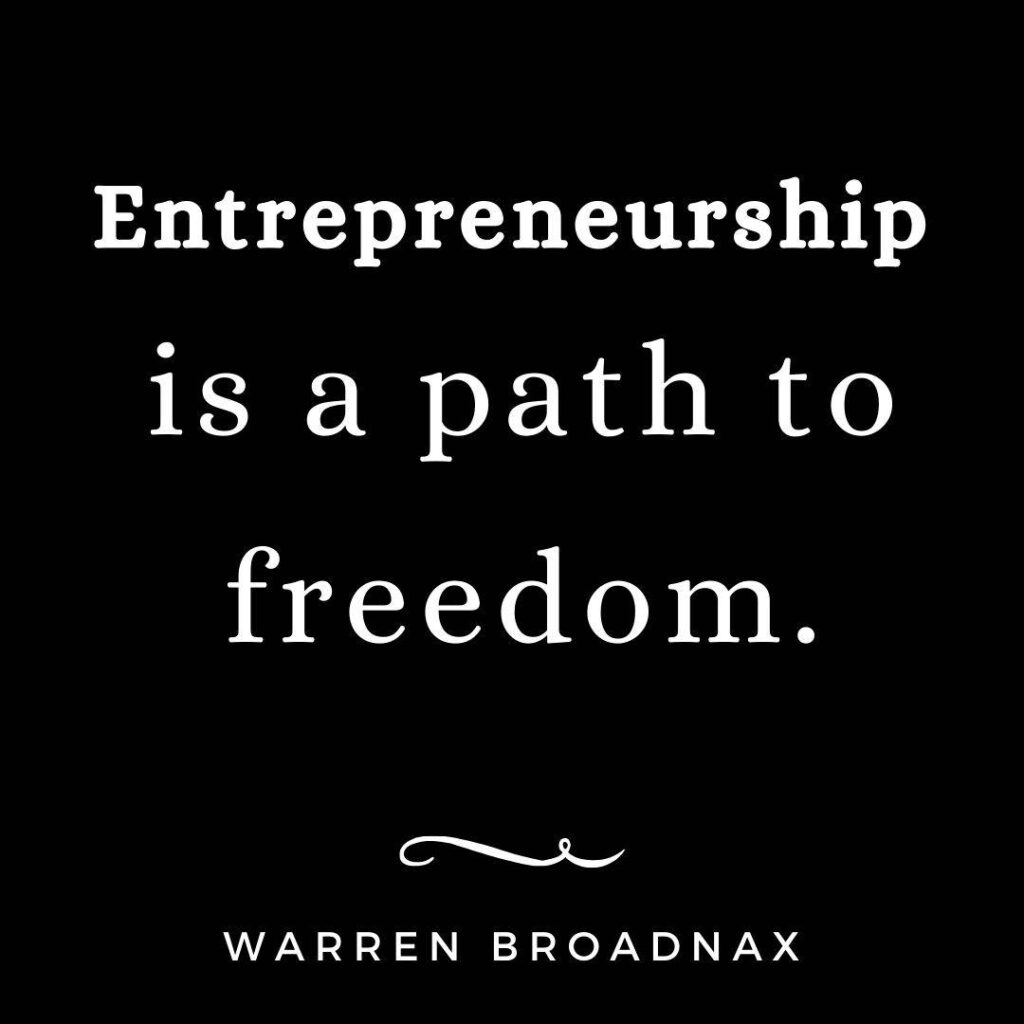 MMS: Why is entrepreneurship so important to the African American community?

If you look back historically, many Blacks who were lynched were business owners. The Tulsa riots primarily targeted Black business owners. It’s a path to freedom. It allows us to leave things for our kids.

It has allowed my companies to help provide toys, backpacks, free haircuts, things for single mothers, and the like.

I want to be the poster boy for entrepreneurship. I know that sounds arrogant. We built these businesses. We’ve been self-financing to this point. We haven’t taken out any loans. I speak around the country about entrepreneurship.

MMS: What would you say to a youngster who wants to become an entrepreneur?

Broadnax: It’s going to be tough. I fail every day, multiple times a day, but I get back up and keep going.

You have to go into business knowing that it’s going to be tough. It’s going to take everything that you have but you got what it takes to make it.

Being a good entrepreneur can save you from that.

The Art & Soul of Creativity: Lloyd Gite, Owner of The Gite Gallery

To learn more about Warren Broadnax and his new T-shirt line, visit Happy Me Tee. 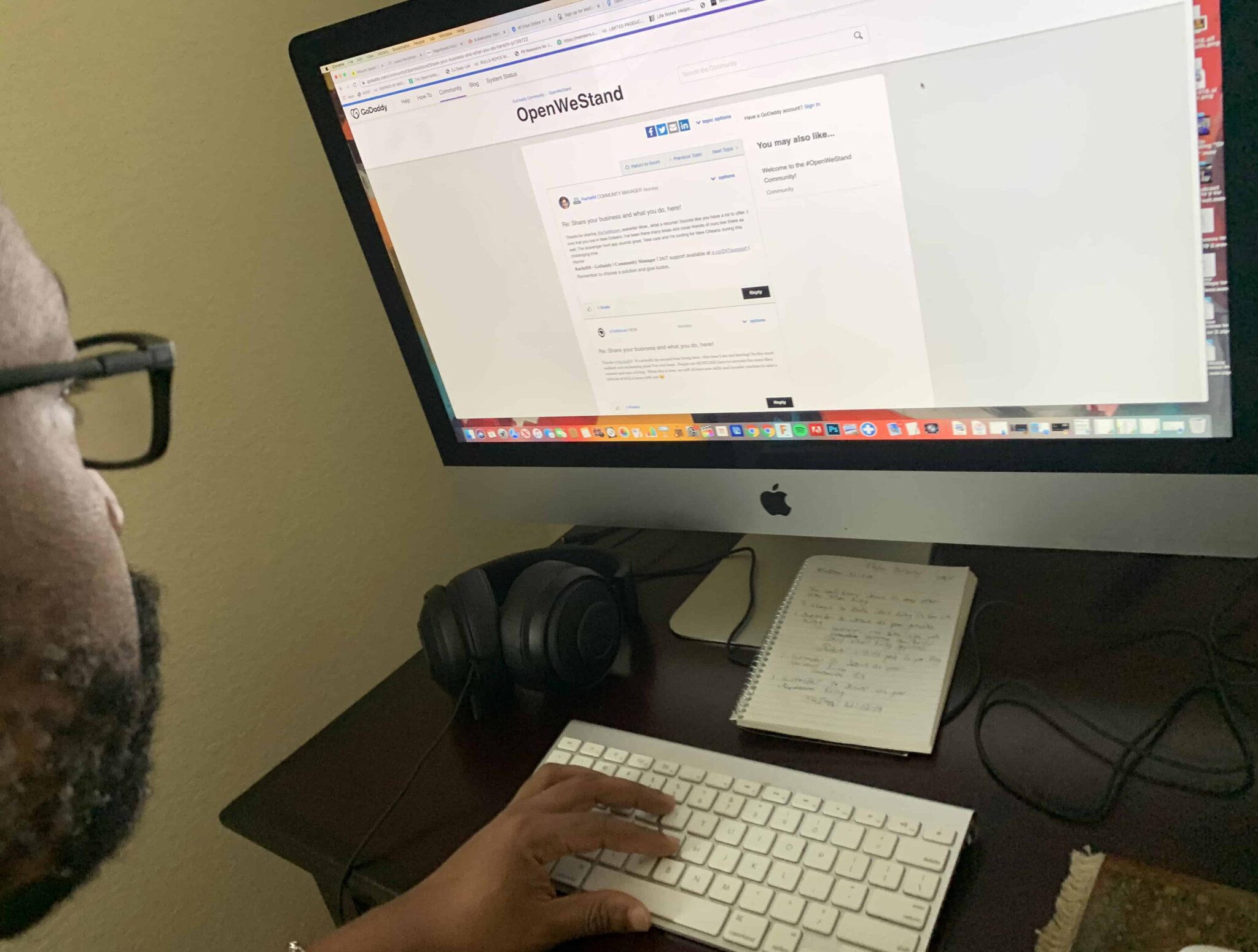 With the unemployment rate currently hovering around 6% (via Bureau of Labor Statistics), people are more willing…
Read More 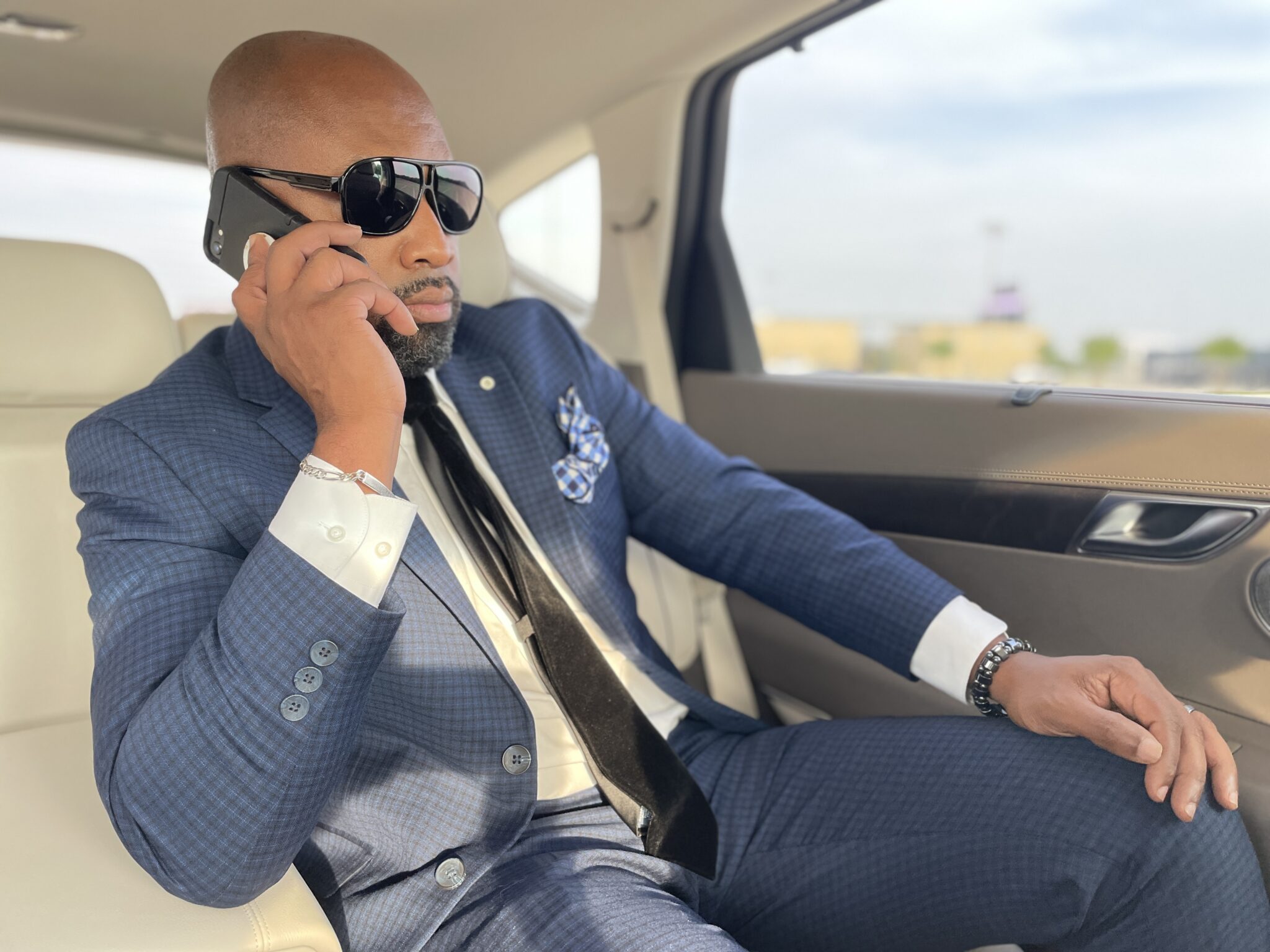 Disclosure: This post is sponsored by Comcast. All opinions are my own. It’s no secret that the pandemic…
Read More 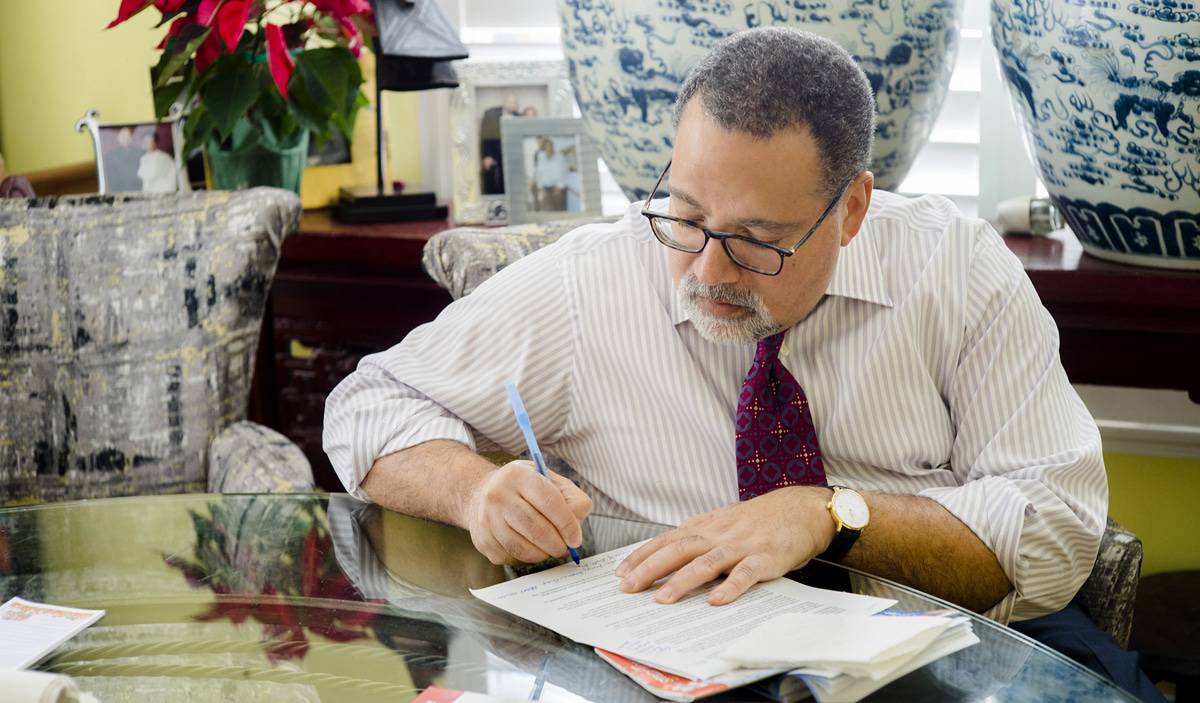 Jonathan Gregory is the Chief Executive Officer of Royale Energy, Inc. Throughout his career, he has taken…
Read More

You are riding high on top of the world. You are successful, educated, and getting paid. Then it…
Read More

Americans are working more than ever. According to a recent Workforce Management study, 55% of employees have seen their workload increase,…
Read More