When you see South African ceramic sculptor Qiniso Mungwe crafting life-like animals out of small pieces of clay, you can only marvel at how stunning they are. I watched him create a lion holding a cub in its mouth and a couple of elephants. Mungwe is not only precise, but he is also fast. This demonstration only took a few minutes.

“I can sculpt about ten small animals in less than a day,” says Mungwe. 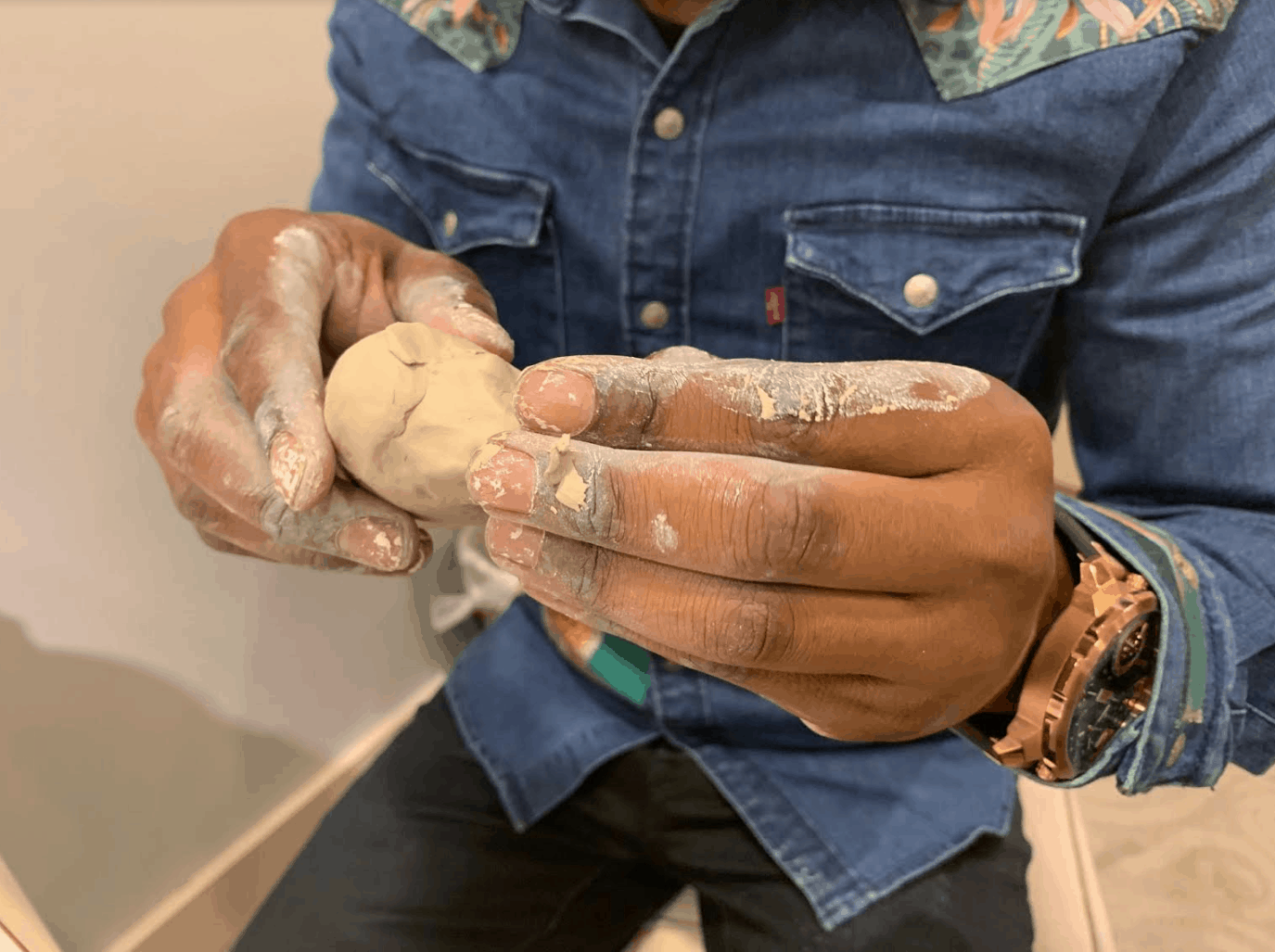 Mungwe is a sculptor for the Ardmore Ceramic Art Studio in KwaZulu- Natal, about a two-hour drive from Durbin, South Africa. The studio was formed more than three decades ago by Fee Halsted and employs more than 70 African sculptors and ceramic painters. The studio’s decorative bowls, vessels, platters, animals and birds sell for top dollar at luxury stores around the world. Ardmore collectors include Oprah Winfrey, Helen Mirren, Eric Clapton, and Queen Elizabeth II. 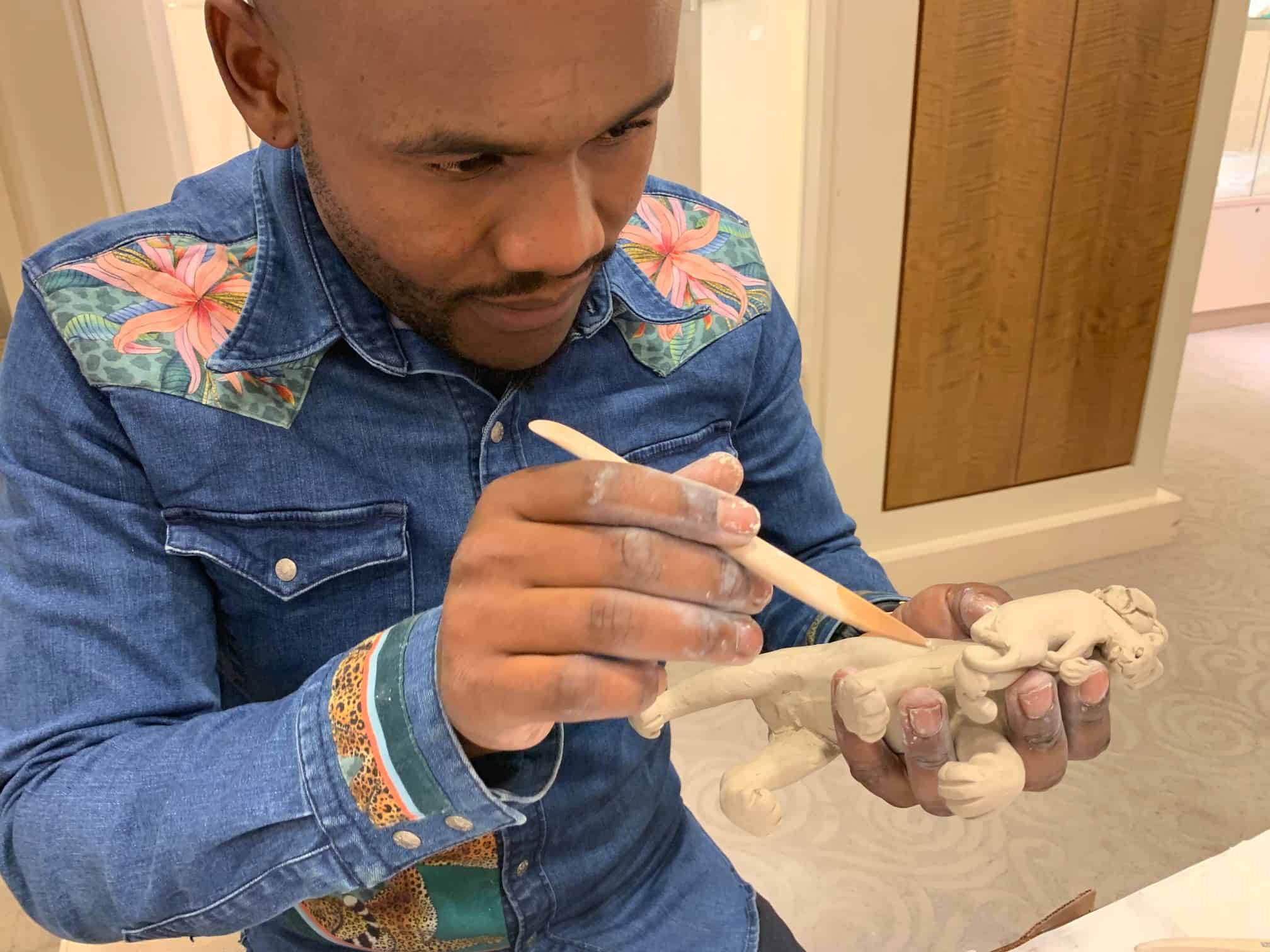 Ardmore Studios is also very involved in helping those with AIDS, a disease which still is devastating South Africa. They fund AIDS medications, assist with medical expenses, funeral costs, and help provide care for orphans whose parents have died from AIDS.

Mungwe began at the Ardmore in 2010 after a friend told him about the studio. But his love for art goes back to his childhood.

“I actually started making animals out of clay when I was only 5 years old. Many South Africans are very poor and we had no toys to play with. I would go down to the river and get the clay and make these toy animals for us to play with,” explains the 28-year-old. 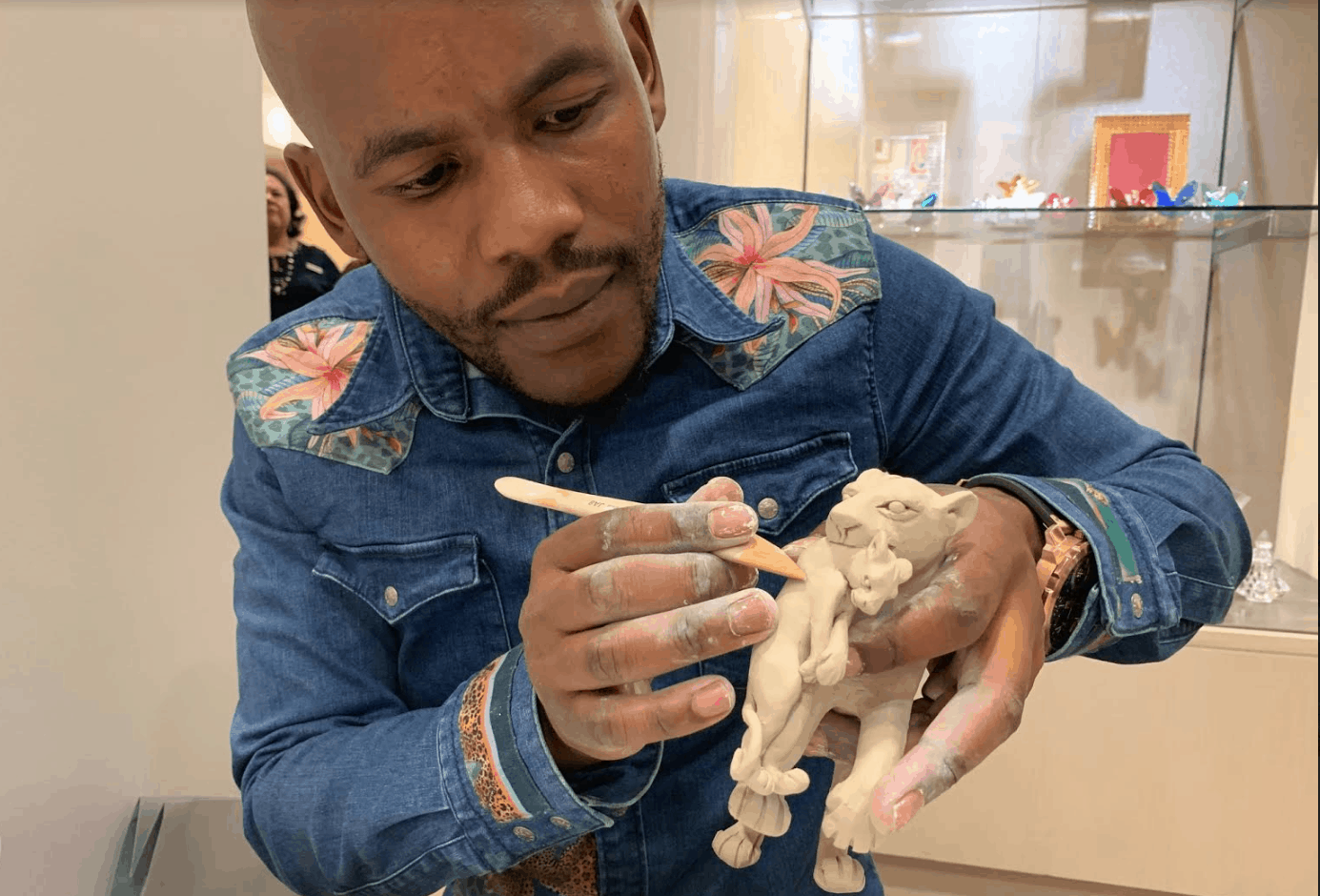 The Ardmore Studio, says the sculptor, was actually a lifesaver for him.

“In my life, I’ve been in some rough patches. When I was seven, my mother began dating another man and she left us and went to Johannesburg to be with that man. In 2007, I lost my father. I was pretty much alone until my grandmother took me in,” says Mungwe. “Being here has changed my life completely.” 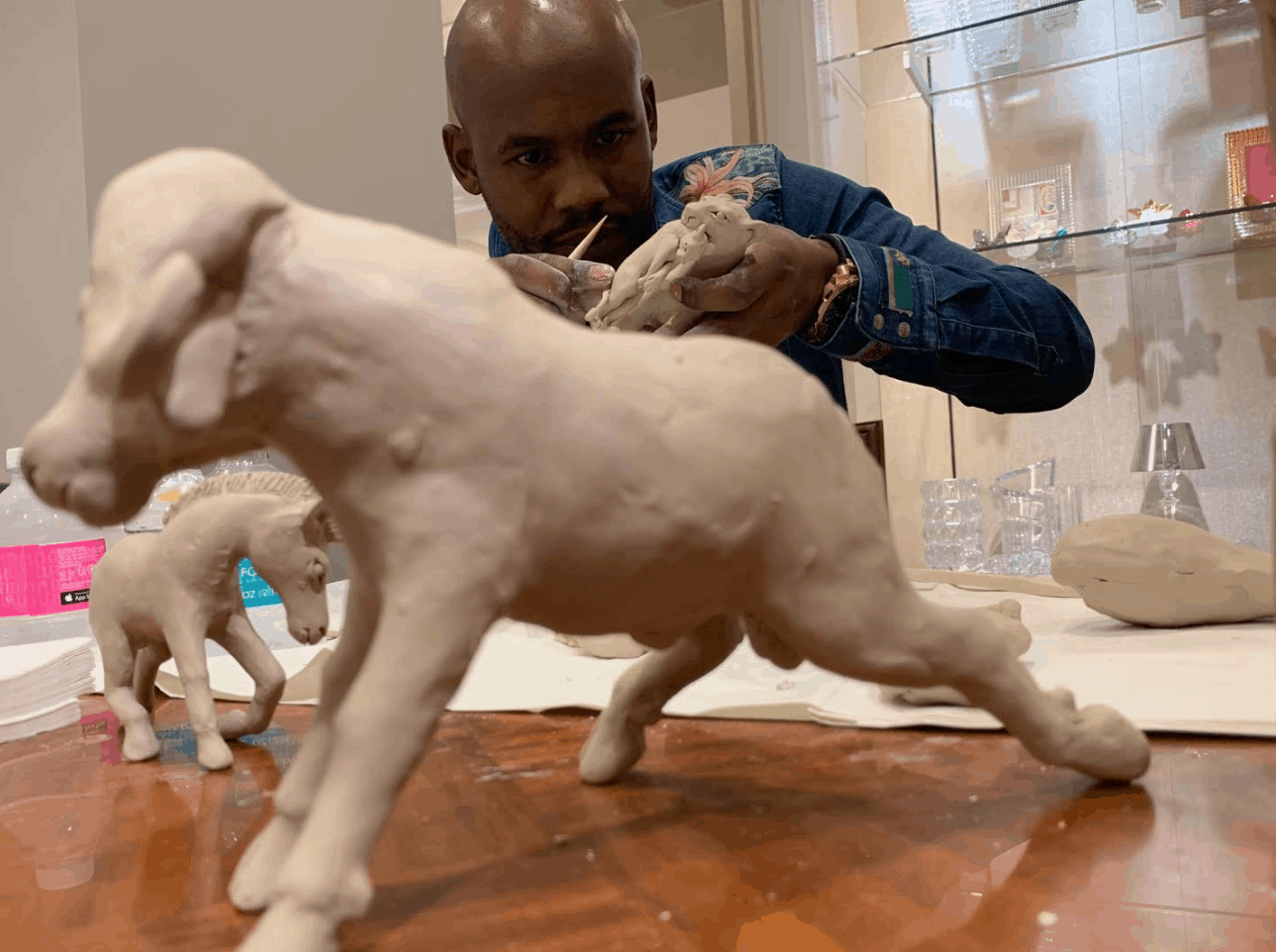 Despite his challenges, Mungwe rose to the top and is now considered one of the top sculptors at Ardmore. He is applauded for his ability to bring animal and human figures to life by capturing realistic facial expressions and body gestures.

Although Mungwe appreciates the accolades, he is more thankful for the financial stability that his artistic abilities have provided.

“I am able to do things I previously had not been able to do. I’m able to help support my family especially my grandmother who took me in after my father died. I was able to buy a car and I can now support my young son.”