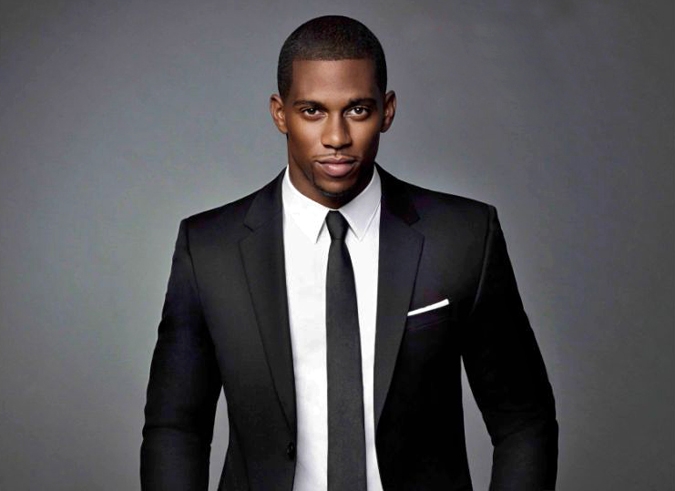 When I was searching for players for my fantasy football team, New York Giants wide receiver Victor Cruz was high on my list. His quickness and explosiveness have made him one of the top receivers in the NFL. In 2011, Cruz enjoyed a breakout season as he led the Giants in all major receiving statistical categories, set franchise records, and scored the team’s first touchdown in the 21-17 victory over New England in Super Bowl XLVI. In 2012, Cruz was selected to his first Pro Bowl, where he set the game record with 10 receptions in the NFC’s 62-35 victory. This season, in a Giant’s offense that features a lot of quick, short throws, Cruz could be on track to make 100 catches.

In addition to being an all-star receiver, Cruz has become well-known for his personal style. HUGO BOSS Parfums took notice of Cruz’s flair for fashion and asked him to represent the brand’s male fragrance classic, HUGO MAN, in the “Success Beyond the Game” NFL campaign, which celebrates successful players known for their achievements both on and off the field. “My definition of success is winning at whatever you put your mind to- reaching your goals, and aspirations,” said Cruz. “It’s feeling like you can do whatever you attempt.”

The “Success Beyond the Game” campaign emphasizes success across all facets of a man’s life. Never has this been more relevant for the Men of the NFL, who are not only idealized for their performance on the field, but for their style off the field.

“Fragrance is a big part of my style,” said Cruz. “I want to be able to go out of the house smelling good. Even if I’m going to practice just for a few hours, it’s become such a part of my routine that I have to put cologne on.”

While these players enjoy flaunting their style and representing their favorite scents, they are more focused on encouraging men to be their best by setting an example on the football field.

After a less than stellar 2013 NFL season, Cruz trained hard to improve his skills and performance. He has also become a vocal leader who inspires his teammates to be successful.

“Success is personal, and can be defined as whatever you want it to be,” said Cruz. “As long as you’re winning and reaching your goals, that’s being successful.”